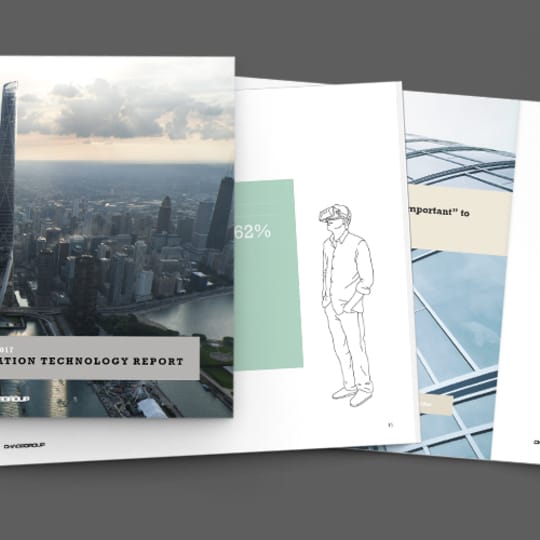 In September 2017, Chaos Group conducted an online survey of architecture and architectural visualization professionals. The questionnaire asked about the types of technology in use at their firms, the challenges of their workplace, and their attitudes and expectations towards the future of the industry. The survey reached 5,769 respondents from over 70 countries, reflecting the global scale of today’s architecture and architectural visualization practices. Those surveyed included everyone from freelancers and employees at small studios, to multinational firms with thousands of staff.

The objective was to provide a snapshot of the technology trends in architecture and architectural visualization, and to identify the innovations that are rapidly changing the industry.

Fast changing technologies, including the widespread adoption of BIM and VR, have had a profound impact on the industry

Increased demand for high-end photorealistic visuals and keeping pace with new technologies are major factors in a competitive industry with tight budgets and quick deadlines. VR has introduced a new way to design, collaborate and convey architecture, bringing with it more opportunities for large architectural firms as well as individual freelancers.

Today, virtual reality adds a new dimension to the mainstream 3D tools used in architectural visualization. Because of VR’s unique ability to represent space at human scale, it’s already playing a significant role in architecture, and its usage is expected to increase rapidly in 2018. Though firms of all sizes are currently working in VR, large firms are seeing the most widespread adoption and using it on multiple projects.

Cloud rendering usage to triple in 2018

While most architectural visualization rendering is accomplished in-house, there is growing interest in cloud rendering. Increased speed and the ability to do more iterations on a project are the most appealing aspects of rendering on the cloud. Depending on barriers such as cost and ease-of-use, the use of cloud rendering could double mid-year and even triple by the end of 2018.

Increased reliance on technology is the biggest change in architecture and architectural visualization in the past three years.

While tight deadlines and limited budgets are always top concerns, 43% of respondents noted that increased demand for high-end and photorealistic content is also a major challenge. 85% of respondents stated that 3D rendered imagery is “very important” to “critical” for winning projects.

Over two-thirds of architecture and architectural visualization professionals plan to use VR in 2018.

While 3D tools have been mainstream for architects and visualization artists for some time, the introduction of virtual reality offers new ways for them experience the scale and spatial quality of their designs. More than half of those surveyed have used VR or are currently experimenting with VR on a project.

80% of VR adopters are using it on multiple projects.

Of those already using virtual reality, 80% have used it on multiple projects, suggesting that VR is beginning to play a more significant role in architectural design and visualization workflows.

Architecture is fundamentally spatial, and all its visualizations, from facade plans to animations, have been two-dimensional so far. VR is the first medium that can transmit the spatial qualities of a building. Now the industry must figure out the means of communication in a new medium which is a dimension bigger than familiar platforms or products.

Read how Brick Visual uses VR in its visualization work and treat it more like a service than a product.

Find out how Bipolar Studio employed a CG bunny to create a VR experience for Airbnb.

Large architecture firms have embraced VR at a much higher rate than smaller firms and freelancers. 62% of large firms are currently using VR, and more than half of those have already used VR on five or more projects.

Cloud rendering usage could triple in 2018.

According to the survey, cloud rendering demand could increase significantly in 2018, with the potential for 233% growth by mid-year, and up to 367% growth by the end of 2018. These numbers could grow even further if any undecided respondents try cloud rendering in 2018. A majority of rendering remains in-house. Although the current industry standard is to render using an internal render farm, a combined 34% of respondents use external render farms and cloud services to complete their projects.

Chaos Group has recently launched an early access program for V-Ray Cloud. Integrated directly in V-Ray, users can render to the cloud with a single click as a natural extension of their creative process. There's no need to configure hardware or set up virtual machines as V-Ray Cloud takes care of all this automatically. Read more about V-Ray Cloud > 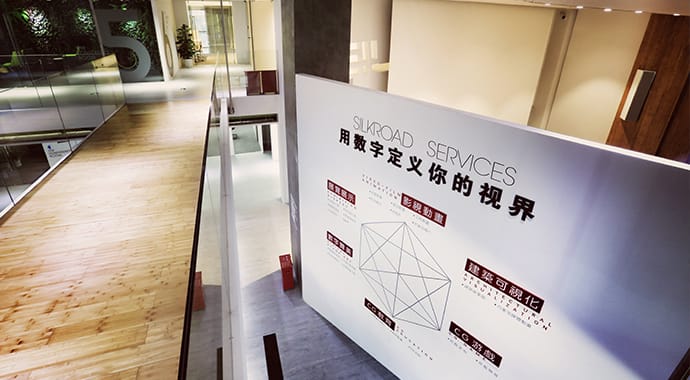 Silkroad Digital Vision, the 3D rendering experts, talks to Renderbus about its pipeline, challenges and thoughts on the future of real-time rendering. 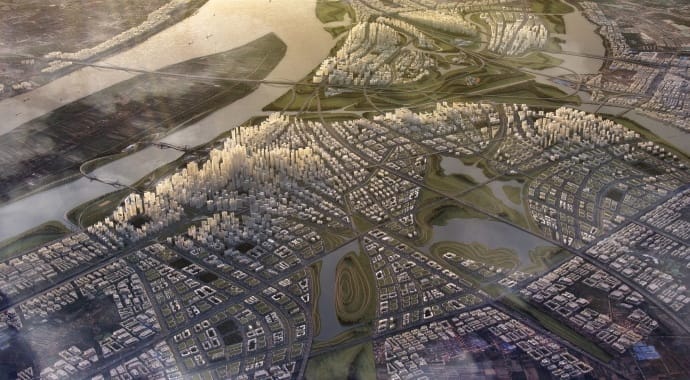