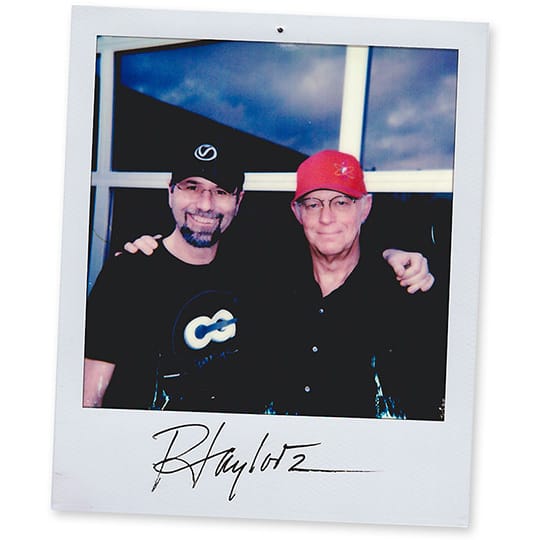 Steven Lisberger’s 1982 movie Tron was way ahead of its time. As the first film to have major CG set replacement and full CG shots, it paved the way for the likes of “Jurassic Park,” “Toy Story,” “Avatar,” and many more. Its story investigated ideas of cyberspace and simulated worlds a long time before the internet and virtual reality became part of popular culture.

One of the men behind “Tron” was its computer effects supervisor Richard Taylor. Aptly, Chris joined Richard for a drink at the real-world location which served as Flynn’s bar in “Tron” before recording this illuminating podcast.

Richard is a fascinating character with a sly sense of humor and a vast catalog of stories from the early days of CGI in Hollywood. He tells Chris about how a piece of stationery proved to be key to his career, arguments with “Star Trek” creator Gene Roddenberry about the practicality of the Starship Enterprise’s doors, and utterly baffling the Academy with “Tron’s” CG effects.

The podcast finishes with Richard talking about Eymerce, a headset free immersive reality system which sounds well suited to some “Tron”-like experiences.