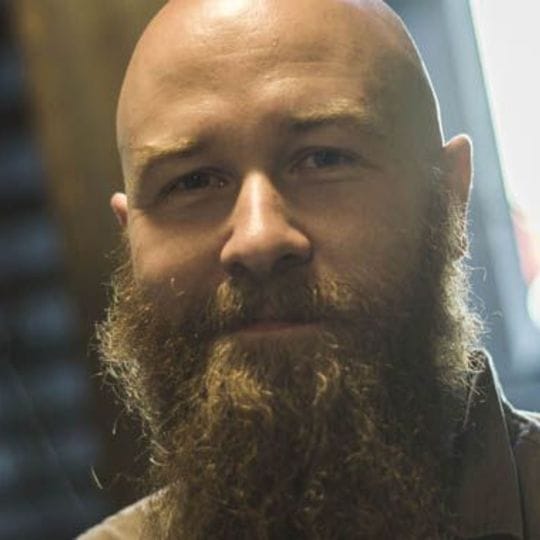 While readers of the Chaos Group Labs may already be familiar with Justin Denton based on his appearance on the CG Garage podcast, as well as his participation at this year’s Siggraph, Justin now has joined the Digital Film League. Based on his experience and interest in film making an technology, especially in VR, we are happy to have him as a member.

Justin Denton is a director and vfx supervisor specializing in VR content.  He spent the past 13 years honing his craft by collaborating with directors like Peter Berg, Ridley Scott, DJ Caruso, Rupert Sanders, Rob Cohen, “Spaz” Williams, and McG, giving him a unique capability to wade through the deep waters of working in a mixed environment of new technology and solid storytelling.  Justin was also instrumental in the development of the OptiTrack VCS virtual camera system which is used by many professional studios and universities today.

Currently, Justin is a VFX supervisor at LegendVR and professor at Loyola Marymount University. He has worked for clients and companies including Universal, Lionsgate Films, Disney, Dreamworks Studios, Halon Entertainment, Pixomondo, A52, Method Studios, Midway Games, Moo Studios, and Engine Room VFX.  Justin has given lectures, presentations, or panels at SIGGRAPH, Spark Animation Festival, CASO, UCLA, The Academy, and the DGA.

In 2001, Justin earned a BFA from The School of The Art Institute of Chicago, studied abroad in Australia at the Royal Melbourne Institute of Technology, and furthered his education in directing courses at UCLA Extension.