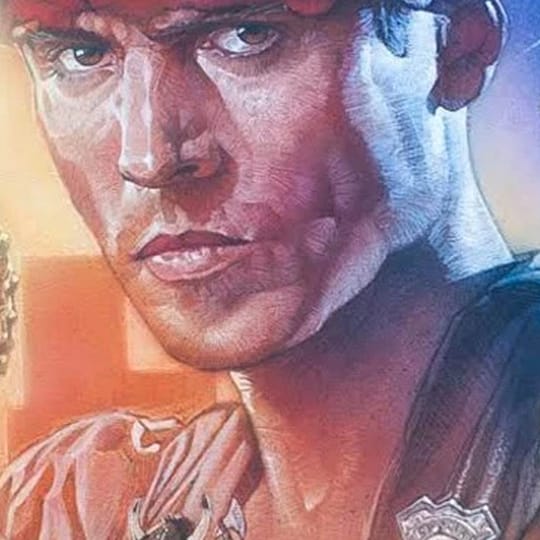 "Kung Fury" was never exactly going to be a normal production. The 30-minute film is a love letter to cheesy 80s sci-fi and kung fu movies, complete with arcade bots, dinosaur cops, laser eyes, time travel, and Adolf Hitler. Almost every shot includes a sight gag or explosion, and it’s the kind of film you have to watch in five-minute chunks so you have time to digest the sheer amount of crazy things happening on screen.

Director, writer, and star David Sandberg launched the film with a teaser, inviting fans to invest via Kickstarter. The trailer immediately struck a chord with an audience raised on b-movies and beat-em-ups, helping the campaign to net a whopping $630,000. Stockholm effects house Fido jumped on board shortly thereafter to handle the film’s countless effects shots, but it soon found that Sandberg’s approach to shooting would be highly unconventional.

“In May 2014 we started talks with David, the director, and Laser Unicorns, the production company,” explains VFX Supervisor Cameron Scott. “It was like any other big project that we’d taken on - except he’d already filmed everything, which is not our ideal way of working! But every job is different and, and every job, no matter what the expectations are, has its own set of challenges. This was just another challenge.” 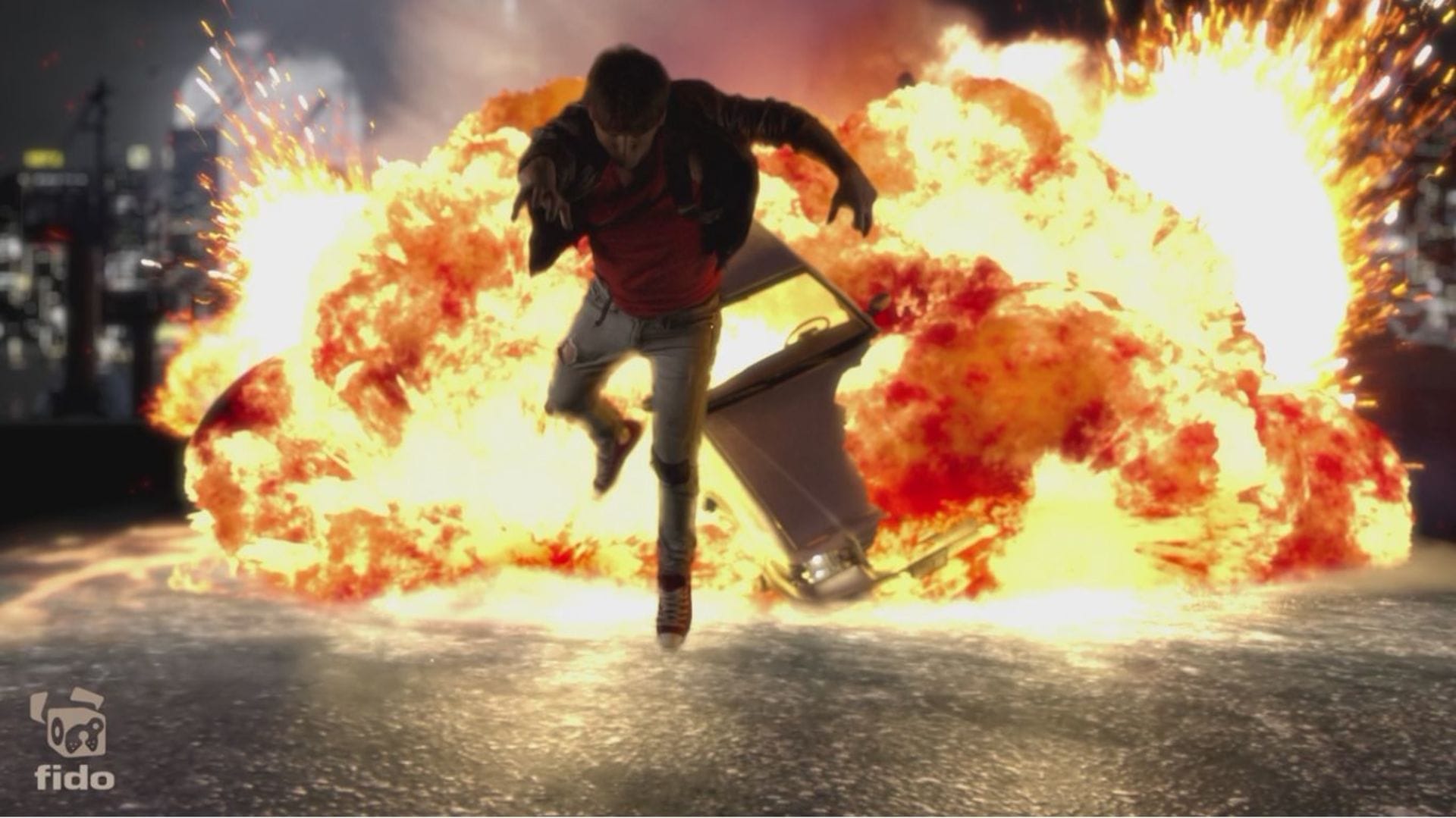 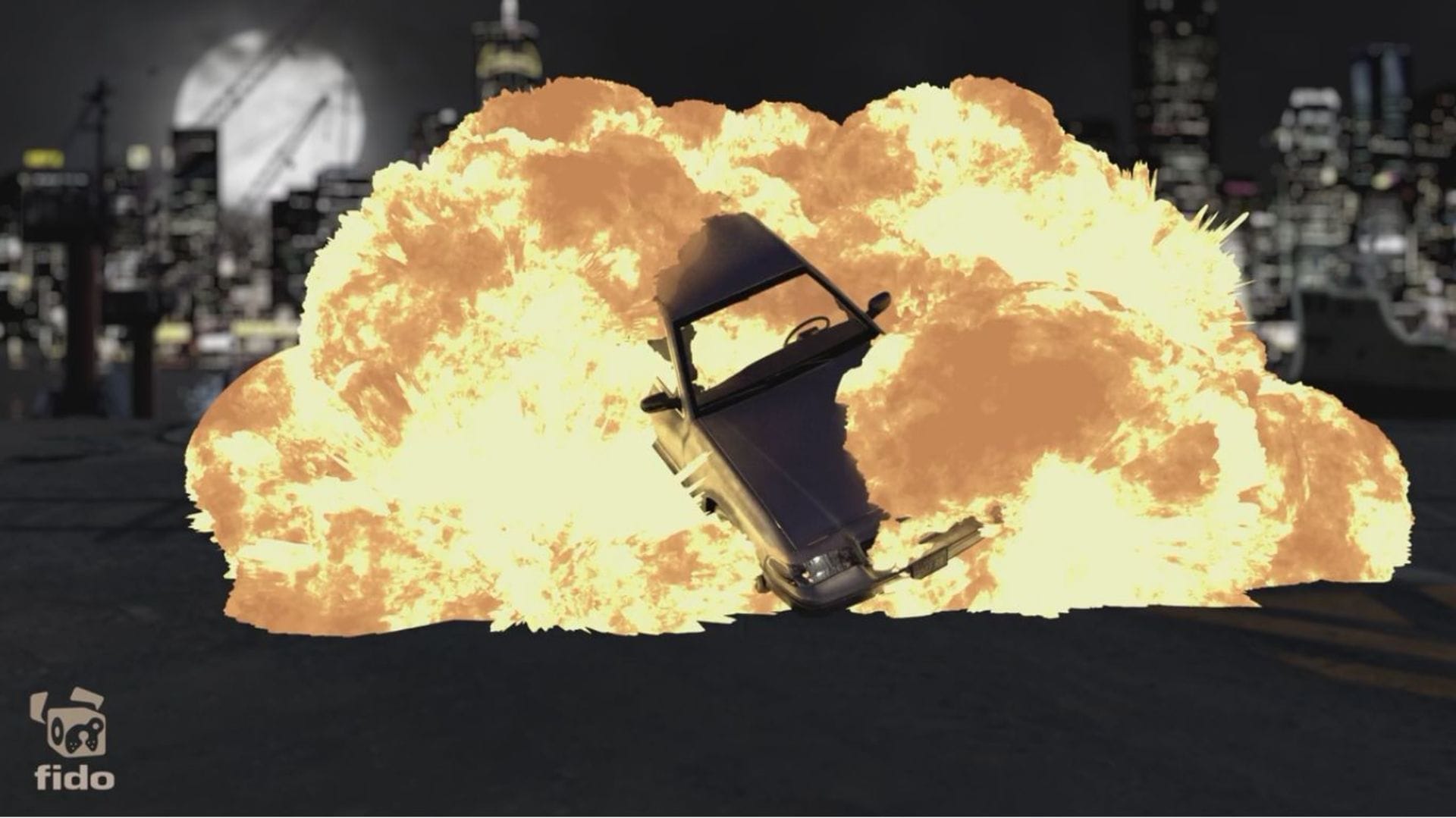 For both Scott and Sandberg it was a completely new experience. Scott’s 15-year experience in the industry includes work on commercials, while Sandberg cut his teeth directing music videos. Originally intended to be a feature-length film, "Kung Fury’s" longer run time would stretch them both, but fortunately Sandberg had a good idea of how he wanted the film to play out.

“David sat down with us and hammered everyone out in a couple of days. Then we spent five more days breaking down each shot, saying what elements were in it, and what type of environments we had,” says Scott. “Thankfully the movie was quite logical in the way that it was laid out, and it was easy for us to divide the film into segments so we could easily plan it.”

During the planning process, it was decided that each shot would also carry the film’s trademark thrift store VHS look, complete with the oversaturated colors and tracking artifacts 80s kids expect. Sandberg had already used After Effects to create this aesthetic for the trailer; for the film, Fido would emulate his work in Nuke. The rolling bars recorded straight from an aging VHS player were another great idea that appeared in post.

Another shot, in which "Kung Fury’s" mentor is vertically bisected, was created by a single artist at Fido. To create the effect, a digital double of the unfortunate policeman, complete with internal organs and a lolloping tongue, was spliced with footage shot on location.

“This was a very successful example of when we just dump a shot in someone’s lap and say, ‘make it look cool!’” says Scott. “Normally we have that pipeline of specialists working on shots, but in this case, our toolset allowed one guy was able to split a cop in half in a very eye-catching way.”

Shots like these pushed the company’s pipeline—which consists of Maya, ZBrush, Nuke, Houdini and V-Ray—to its limits. Fortunately, the Fido-developed ftrack production tool and V-Ray helped plan and execute the 400 effects shots. “Without V-Ray, we wouldn’t have been able to manage the workload,” says Scott. “There was so much data involved, and the digital sets were enormous. It quickly became one of the foundations of our pipeline.”

“V-Ray is great out of the box, but our artists really know how to exploit it to the best of its abilities,” added Scott. “Especially our lead lighter, whose work on the brass robot eagle looks just fantastic. The good part is we didn’t have to customize V-Ray, we just exploited the power that’s inherent within it.”

To keep the film within budget, Sandberg shot most of the film against a greenscreen in his Stockholm office. Although the majority of the film was in the can, there was an inevitable need for reshoots and changes—Scott believes 20% of the footage was shot during this period, but that the film was better for the changes. And while Sandberg had a strong idea of how certain shots were going to work, for others he relied on the effects company’s expertise and ideas.

“He had such a strong vision - by the end of it we could really understand the way he was thinking, but in the beginning it was like, ‘ummm...OK, we’ll do that,’” says Scott. “There were some shots where one guy in here would just have this crazy idea that was hilarious, and he’d give it to David and he’d think, ‘yeah, that’s great.’ It was up to us to make it as cool and mayhem-filled as we could given those parameters.”

And "Kung Fury" is almost entirely fueled by mayhem. To Scott, one particular sequence takes the cake, though—a two and a half minute unbroken tracking shot in which "Kung Fury" takes on hordes of Nazi soldiers. A homage to beat ‘em up video games from the 80s and 90s (think: "Streets of Rage" and "Street Fighter"), it shows our hero Kung Fury taking down foes while 100,000 jostling troops appear in the backdrop.

“That was incredibly complex because it was multiple takes of "Kung Fury" that all had to be stitched together,” explains Scott. “The soldier was just one guy, so we had hundreds of takes of him that also had to be stitched together and duplicated. Then all of these elements were rotoscoped and put into a scene that we rendered out—in all, it took 48 hours to render, and that one shot took about 100 days to produce.”

Now that "Kung Fury" is over, and has banked nearly 18 million views on YouTube, it’s back to business as usual for Scott and Fido. Sandberg has almost certainly got a Hollywood career ahead of him thanks to the online buzz his short generated. Scott, meanwhile, believes "Kung Fury’s" hype could lead to more projects for Fido, too.

“This is something we really want to exploit,” says Scott. “Because it was only going to be released on YouTube it doesn’t have any financial returns, but the free marketing that we get is invaluable.”

Riding high, Fido is booked up with commercials, a TV series, and a game until the end of the year, with a potential feature film in the works too. Even with that workload, it would love the chance to work with Sandberg again.

“I really hope that we can collaborate together on something else, because it’s just going to be even more awesome next time,” Scott says. “He’s such a nice guy and made nine months of really hard work into a time that was enjoyable all the way through.