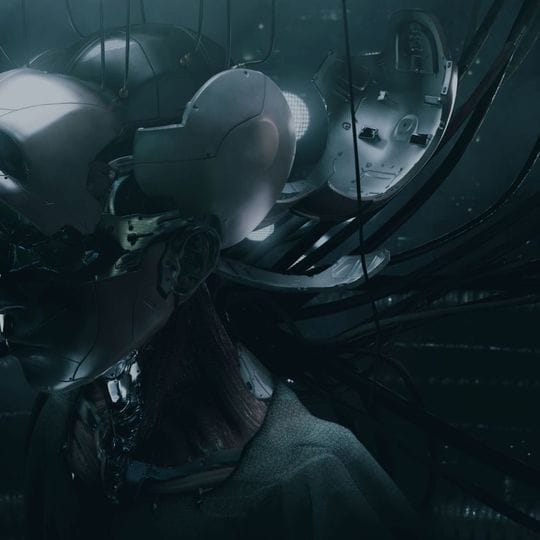 If you haven’t seen Mamoru Oshii’s 1995 film “Ghost in the Shell”, we recommend you take a good look at your life and what you’re doing. Then watch it. And watch it again. This anime is an enduring gateway into the alluring world of eastern sci-fi, a complex, mature film which deals with ideas of identity and its destruction in the modern metropolis.

Among the film’s numerous fans is Ash Thorp. “I couldn’t have been more than 10 years old when I first saw it,” he says. “My aunt Tess introduced me to “Akira” and “Ghost in the Shell” within like a month. It literally blew my mind. I had grown up on American animation, which I thought was pretty amazing, until I saw what Japan was capable of. It was a significant moment in my life, a statement to me: this is great work, and you’re going to spend the rest of your life trying to accomplish this.”

The trajectory Thorp was launched by “Ghost in the Shell” has been an incredible one. As an art director, illustrator and designer he’s worked for Columbia, Sony Pictures and Digital Domain on big budget movies “Ender’s Game, “Total Recall”, “Prometheus”, “X-Men First Class” and “The Amazing Spider-Man 2”. And as well as working ridiculously hard to create amazing titles and screens for these blockbusters, he also found the time a couple of years ago to embark on a personal assignment: “Project 2501”.

“I had watched this documentary on a photographer called Gregory Crewdson,” explains Thorp. “He was doing these massive movie-style productions to make just one photo – you’d build a set and lighting, and you’d have the rig, and you’d have everybody there, the make-up, all this stuff. It inspired me. I thought it would be really cool to do a big production just for one still image.”

For a subject matter, there was only one natural choice: the movie that inspired Thorp’s career path. “A friend of mine, Filipe Carvalho, and I were like, ‘let’s do something fun, a passion project. Let’s do “Ghost in the Shell”!’ Nobody had done a proper translation of the film. My friend Tim Tadder, who’s a phenomenal photographer, was hitting me up about doing a project, and I had the concept. All these things connected, and I said, ‘let’s do this, let’s reinterpret the opening sequence with 30 to 40 4K images and make them look amazing.’”

To help realize his dream, Thorp assembled a core team of 15 talented designers, artists and photographers. Along with Tadder, Thorp invested $3,000 to $4,000 of his own money to get things going. Crucial to the project were the shots of the model, taken in a hired swimming pool, but this was also the point where magnitude of Thorp’s task became apparent.

“It was a very long day and I came home and I was so eager, like a kid at Christmas, to look at these pictures on my computer,” Thorp says. “I was floored by how amazing the photos looked. But I was also very scared by how high the level of CG had to be, to match the level of fidelity and beauty of the photos.” 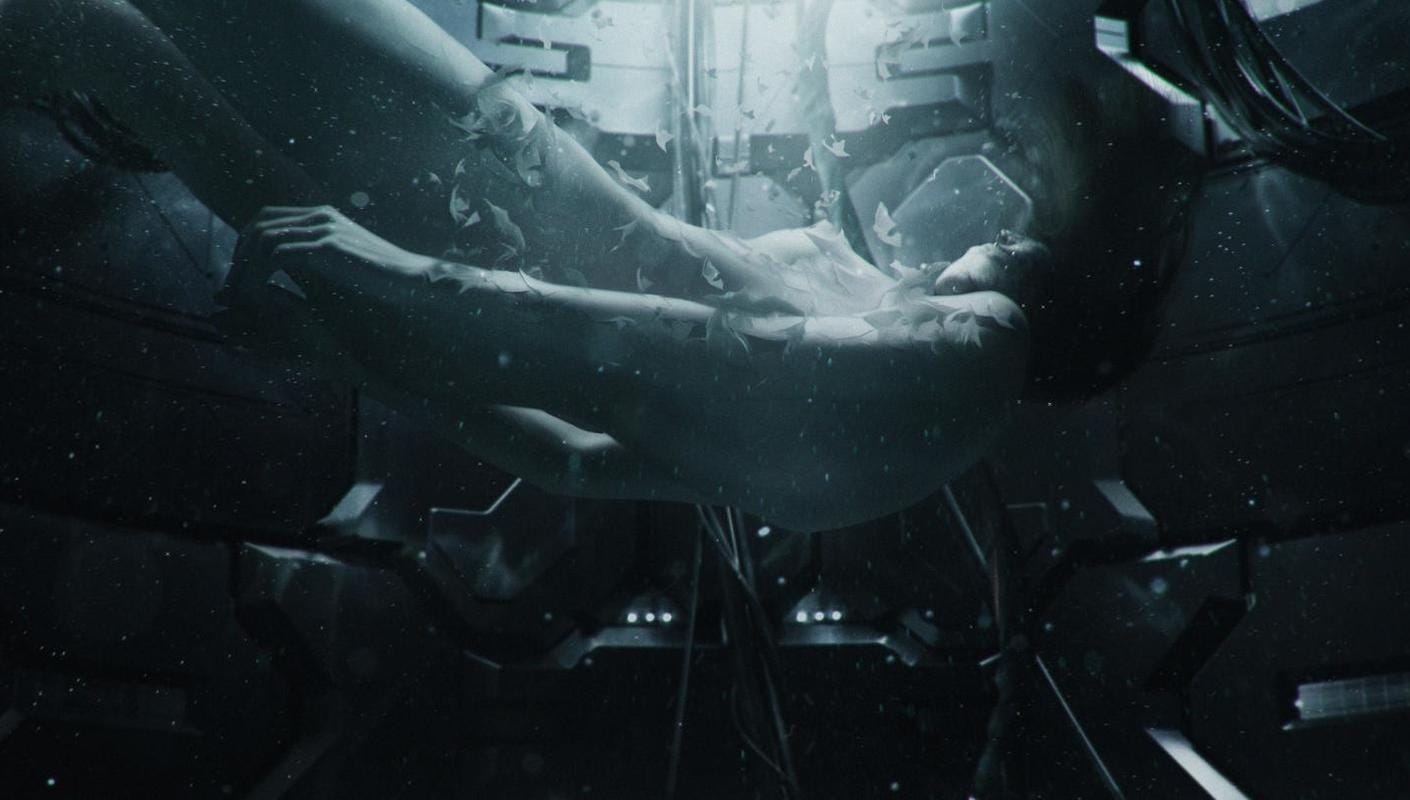 In addition to the intimidating nature of the project, Thorp’s first role as a director was a trial-by-fire. At times he was managing over 40 people, all using different software to create different file types with different operating systems. A pipeline of sorts was eventually created, but it was too little too late. If Thorp learned anything from the experience, it was to communicate better and make people’s roles clearer.

Nevertheless, most of Ash’s crew enjoyed the experience, so much so that they’re collaborating with him on future projects. “It was a great lesson to me,” says Michał Misiński, art and design director at Polish visual effects house Juice, which helped with the rendering. “I learned a lot, Ash was a great leader and when you work with such a great and talented person you learn a lot.”

Overall, it was a good experience for Thorp, too, and the quality of the images is testament to the amount of time and effort that went into them. V-Ray, in particular, was a hugely important tool in their creation.

V-Ray allows creatives like myself, who don’t have these reaches of massive Hollywood budgets and all these kind of things, to make beautiful images. It’s huge, though – I want a simple button that says, ‘Make it cool! See what’s in my head and just make that!'

The icing on the cake for Thorp was a chance encounter with one of his heroes in Japan. “I was visiting the studio that makes “Evangelion”,” he says. “We’re there, and the artist who designed and illustrated “Ghost in the Shell”’s opening sequence was randomly at the studio at a meeting, he’s never there.

“They interrupted his meeting to introduce me to him, they showed him the project, and he was really blown away,” Thorp continues. “The moment that happened I realized all the hard work, the hardship, everything, I was in Japan and I met the person who actually drew this stuff and built it out and inspired me, and I inspired him back. It was a really special moment for me, personally and artistically, and it kind of closed the chapter for this.”

While “Project 2501” may be over, Thorp’s career has only just begun - and he’s already achieved more than most. Next on the to-do list is a video game, as well as a short film, a comic and a potential movie based on his “Lost Boy” property, and numerous client projects. But he owes it all to one person.

“I didn’t realize until after this was done, and I sent this to my aunt, that I was so grateful to her for showing a kid this weird mature crazy shit,” he says. “And she was blown away, just thankful that I decided to take the creative path.”