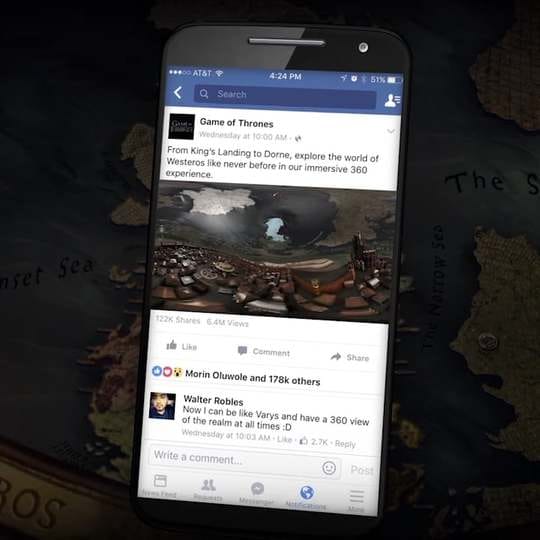 A new perspective on the show's iconic opening sequence.

Game of Thrones' title sequence has become the stuff of televisual legends. The aerial pan across the lands of Westeros set to rousing music neatly sets the scene for the show, and it gives viewers a tangible sense of the continent's geography.

Now, thanks to Facebook's 360 video feature, you can feel like you're actually there. Created by Elastic, the visual effects company behind the opening, the 360 video was rendered with V-Ray. It's achieved a whopping 14 million views, thanks in no small part to a plug from Mark Zuckerberg himself.

The video's embedded below, but it's best viewed on mobile devices via the official Facebook app.