Find out more and register

Join Simply Rhino, Chaos Group and the wider Rhino3d community at this popular event and watch presentations from Rhino users, plus get hands-on with live software demonstrations from exhibitors. You can pick Chaos Group expert’s brains at our booth and we’ll host a presentation from Wild Design Studio’s Dirce Medina and Carlos Bausa Martinez.

Check out the event info page of Simply Rhino here.

BlueGFX’s Expo has become an important date in the UK CG industry’s calendar, and this year Chaos Group will return as a sponsor. We’re bringing a guest star with us, too: Binyan Studios’ Andrei Dolnikov tell the audience how creativity and innovation have become the stock and trade of 3D artists in his presentation entitled “Beyond the Tools.” Our CG specialist Tudjarov will also host a V-Ray VFX masterclass, and we’ll share a booth with our friends from Emmy-winning effects house Pixomondo. See you there!

October 10 - 11, 2018 London, United Kingdom
Google Cloud Next ‘18
V-Ray Cloud supremo to present at Google event. Find out how to tune in.
Share this event

This October, Google’s legendary Cloud Next event heads to London — and our Director of Engineering Boris Simandoff will be there. On October 11, at 1:50 PM, Boris will demonstrate how Chaos Group and Google have worked together to give artists their own personal supercomputers. Boris will also show how combining V-Ray with cloud technologies, AI and machine learning can reinvent 3D workflows — from concept to rendering.

Register for the livestream >

We’ll celebrate the first anniversary of the London V-Ray User Group at the place where it all began: The Hub at Foster + Partners on 22 Hester Road. Chaos Group's team will join to announce the latest and coming updates to everything V-Ray, while special guests REDVERTEX will talk about their visualizations of huge projects by Calatrava and Broadway Malyan, and you can enjoy beer and nibbles courtesy of Chaos.

Mark your presence at the User Group's Meetup page >.

April 24 - 25, 2018 London, United Kingdom
Shape to Fabrication 7
Chaos Group talk the future of V-Ray for Rhino, plus find out how it helped create this year’s Burning Man centerpiece
Share this event

Join Chaos Group at Simply Rhino’s Shape to Fabrication, at Stratford Circus Arts Centre in London on April 24 – 25. Attendees will see how Rhino, Grasshopper and V-Ray are used behind the scenes in projects, including Galaxia, Arthur Mamou-Mani’s dramatic centerpiece for this year’s Burning Man Festival. And Konstantin Gaytandzhiev, Chaos Group’s head of AEC product development, will take to the stage to talk about the latest version of V-Ray for Rhino – and what’s next for the product.

Find out more and register >

The producers of 3D World, 3D Artist, and Creative Bloq present a brand new one-day event for the CG community — and Chaos Group is getting involved. Chris Nichols, our CG Labs guru, will present a keynote speech on digital humans at 9.40 AM.

As well as checking out presentations, attendees can take part in portfolio reviews, workshops and “ask an artist” sessions. And there’ll be a chance to find a job and make important contacts at the recruitment fair and networking evening.

Find out more and register. 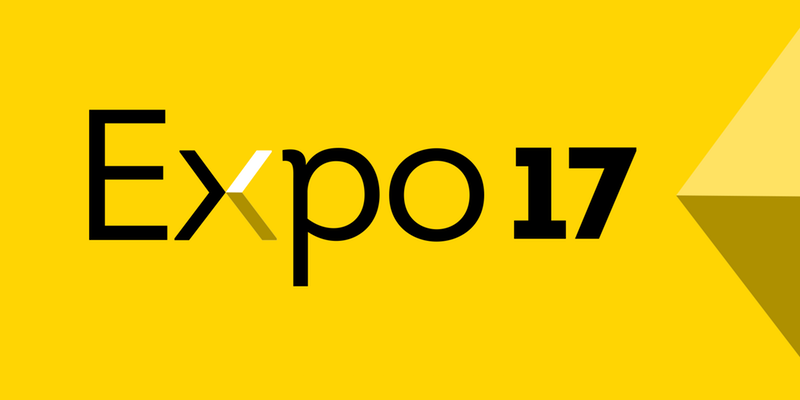 Chaos Group’s CG specialist Atanas Tudzharov will also demonstrate the complex scenes Maya and V-Ray 3.6 for Maya are capable of creating, making use of optimized geometry, proxy objects, the denoiser and render elements. He’ll also delve into the untapped power of V-Ray RT GPU via a project by GPU expert Dabarti.

Feel free to swing by the Chaos Group booth, too, for product demonstrations and answers to all your burning V-Ray questions.

Find out more and register for Bluegfx Expo 2017.

For the second year running, Chaos Group will join Cadline’s BIM-focused event — and, for the first time, we’ll be presenting on stage! Our CG specialist Atanas Tudzharov will show how V-Ray for Revit and V-Ray for 3ds Max can work in tandem to help architects receive quick feedback and get great visualization results. He’ll also discuss the advanced materials available for V-Ray products, and demonstrate how V-Ray Swarm can speed up your renders. And feel free to say hello to the friendly Chaos Group team at our booth!

Our first V-Ray London User Group was an immense success — and the second one is shaping up to be just as good. This time, we’ll take over the Doodle Bar in Bermondsey to discuss recent announcements, and give you exclusive sneak peeks at our exciting upcoming products.

Not sure what the V-Ray London User Group is?

Join MeetUp to find out more, register for the user group (it’s free!), and receive news about all our upcoming events.

Organized by V-Ray for Rhino UK partner Simply Rhino, the London Rhino User Group is a bi-annual gathering of users and fans of McNeel’s design and architecture software. Among the line-up are influential thinkers, Grasshopper wizards, parametric design innovators, and the developers of Rhino itself.

As a sponsor, Chaos Group will bring CG specialist Yavor Stoikov along to demonstrate V-Ray 3 for Rhino’s coolest new features, and show how V-Ray RT can work directly in Grasshopper. And we’re pleased to welcome special guest Harry Ibbs, Head of Digital Delivery and Workflow at Zaha Hadid Architects, along for an enticing presentation titled “Rhino V-Ray Hypothesis Workflow: What If?”

When you’re not having your mind blown by the possibilities of V-Ray for Rhino, you can check out our booth to see demos of V-Ray RT GPU in V-Ray 3 for Rhino on Nvidia’s latest and most powerful cards.

The day will finish with the V-Ray 3 for Rhino launch party. Expect demonstrations, chit-chat and drinks in a unique location.

Find out more and register.

Among the stellar line-up, you’ll find Chaos Group’s guru Simeon Balabanov. He’ll talk about the exciting future for V-Ray, including cloud adaptability, interactive virtual reality, and our groundbreaking VRscans technology. This detailed glance into the visualizations of tomorrow is not to be missed.

And when you’re not watching presentations, you’ll be able to swing by our booth to check out demos, ask questions, and say hello to our friendly staff.

Find out more, and register for free at Bluegfx website.