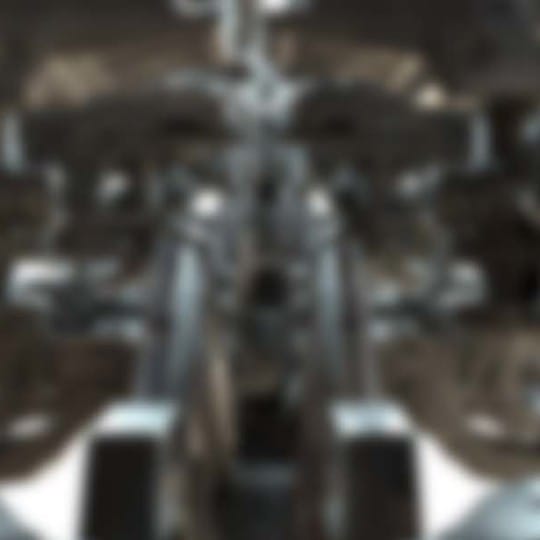 One of the differences between the alSurface shader and V-Ray 3.4’s standard VRayMtl material is that the Fresnel is affected by the glossiness of the material due to it’s BRDF. This feature is more commonly referred to as Glossy Fresnel (or sometimes as Rough Fresnel). In the upcoming service packs, Glossy Fresnel will be implemented into the standard V-Ray shaders. As such, it might be good to examine what this means and why it is more accurate.

The first thing to remember is the Fresnel effect. Every material has a Fresnel value which is indicated by its index of refraction (IOR). This value shows how much of the ray is reflected off the surface versus how much is absorbed. Surfaces viewed at grazing angles reflect more of the incoming light compared to surfaces facing the camera. Or, more importantly, surfaces with normals that face the camera reflect less compared to normals that face away from the camera.

The second thing one should understand is the difference between BRDFs that take into account microfaceting, and those that don’t. As a specific example, GGX for the former and Phong for the latter.

With a Phong for example, depending on the glossiness values, it distributes the rays based on a lobe in a predictable way. However, for all the rays that it distributes, it assumes that the normal of that ray is the same normal of the surface. Therefore the Fresnel effect of the reflection will affect all scattered rays equally. 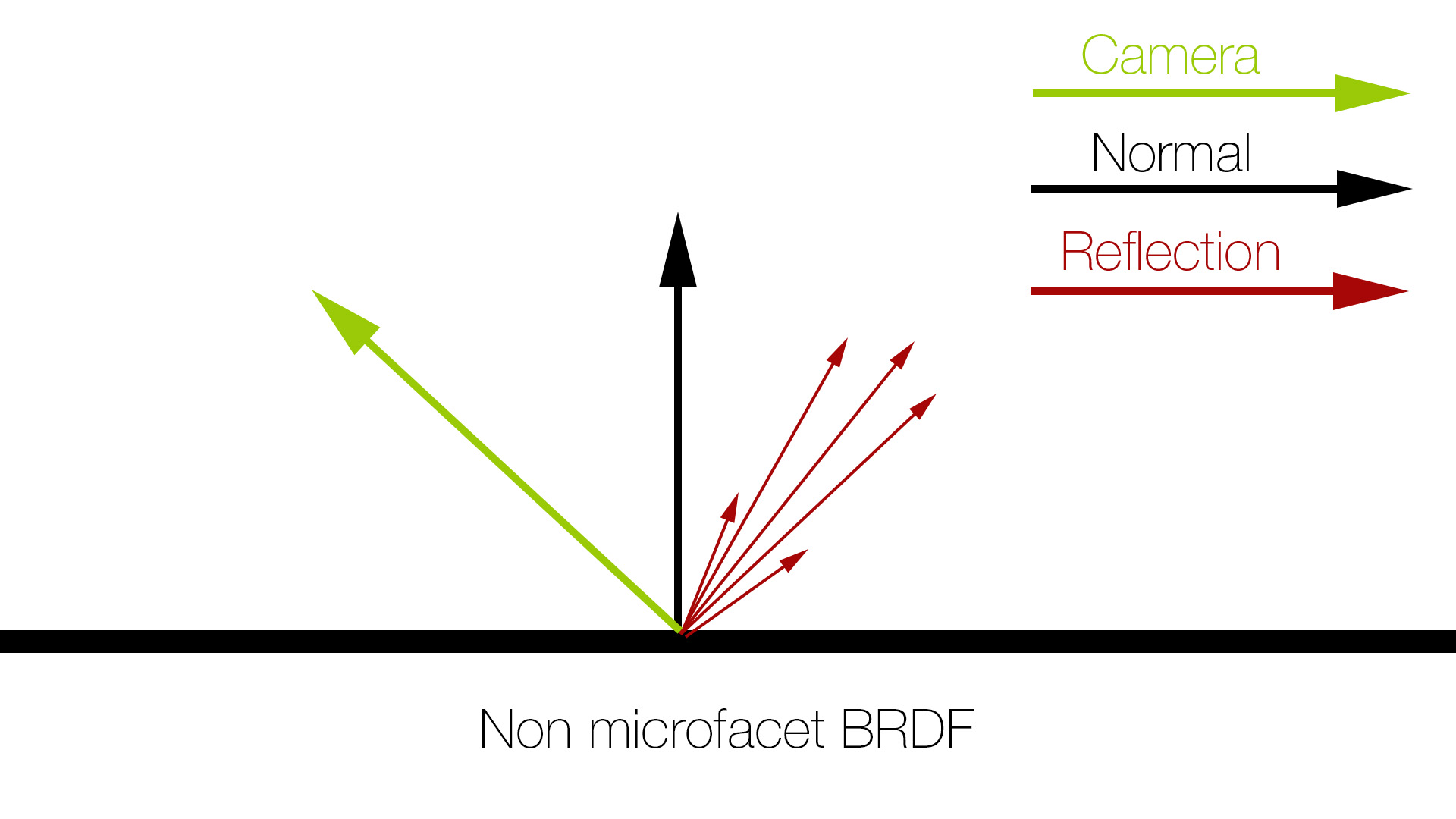 A microfacet BRDF such as GGX, mimics the roughness of the surface as if it was made of a bumpy surface at a microscopic level. It is therefore a more accurate representation of what the surface is actually doing. Instead of imagining a single ray being evenly scattered, you can imagine individual rays scattering in different directions based on the microfacets. Each microfacet has it’s own normal which, based on the surface is generally oriented towards the ray’s direction. The grazing angle on a rough surface has normals that are not as acute as ones on a smooth surface, meaning that they point towards the camera more compared to a glossy surface. Therefore, grazing angles of a rough surface will have less of a Fresnel effect compared to a glossy surface. 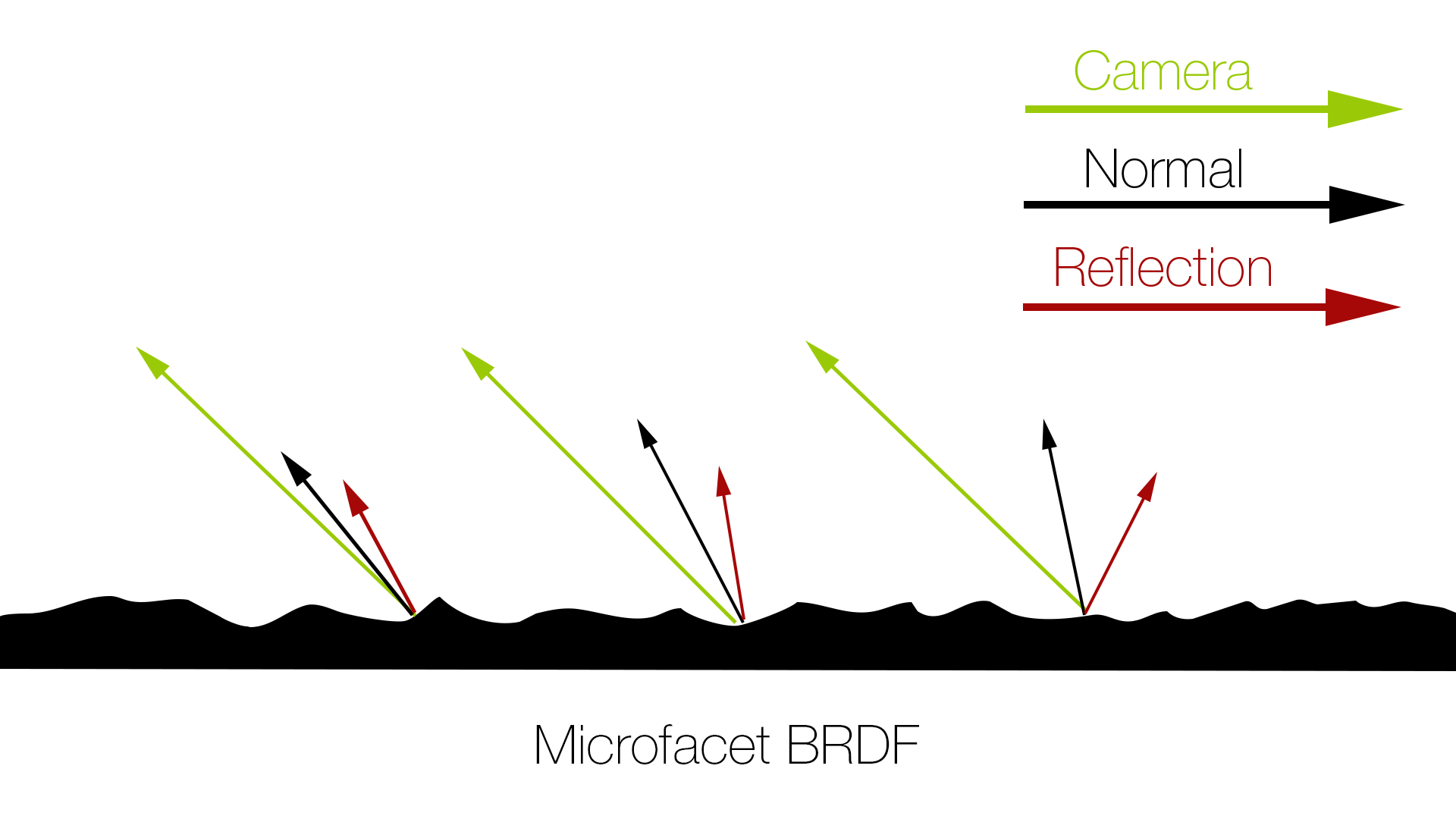 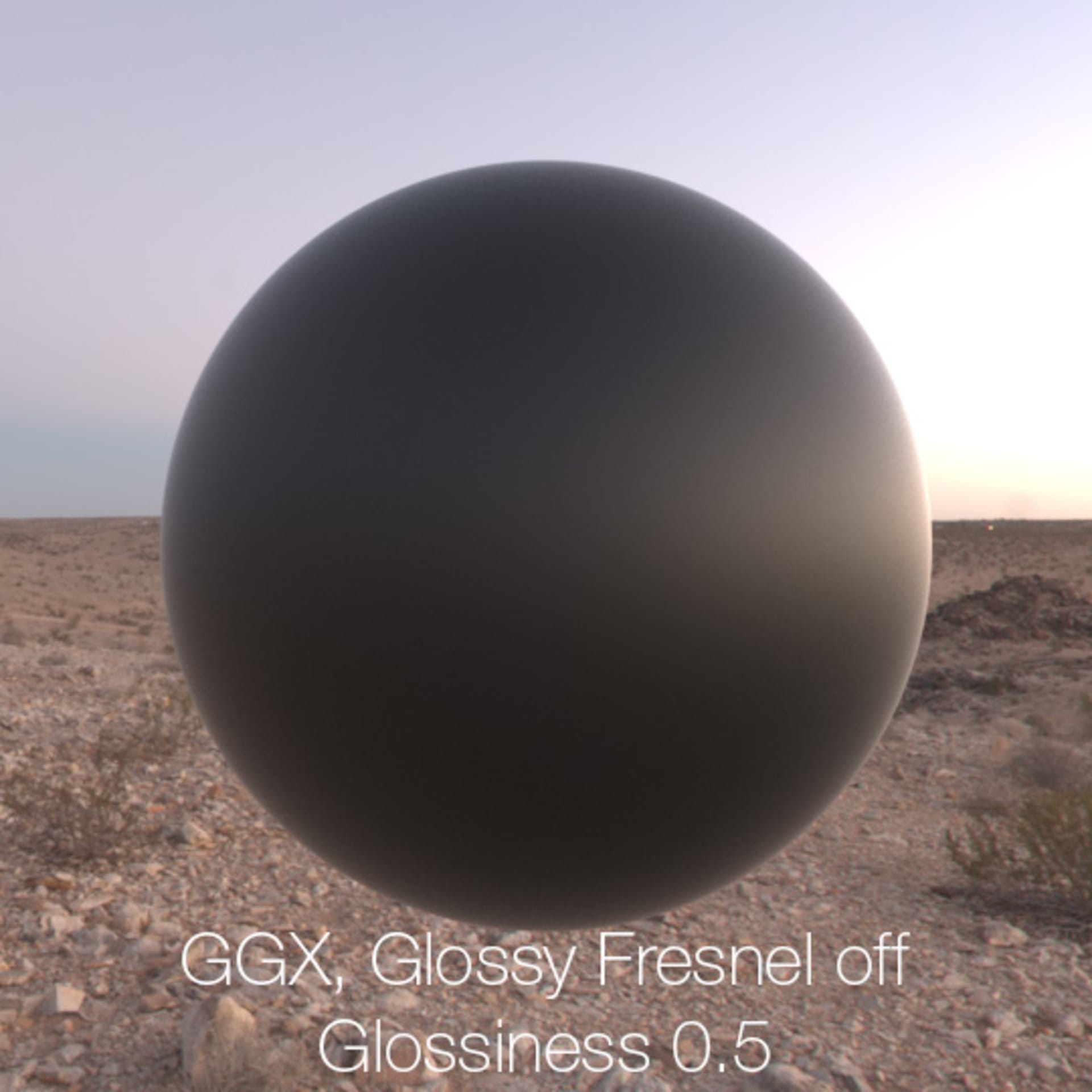 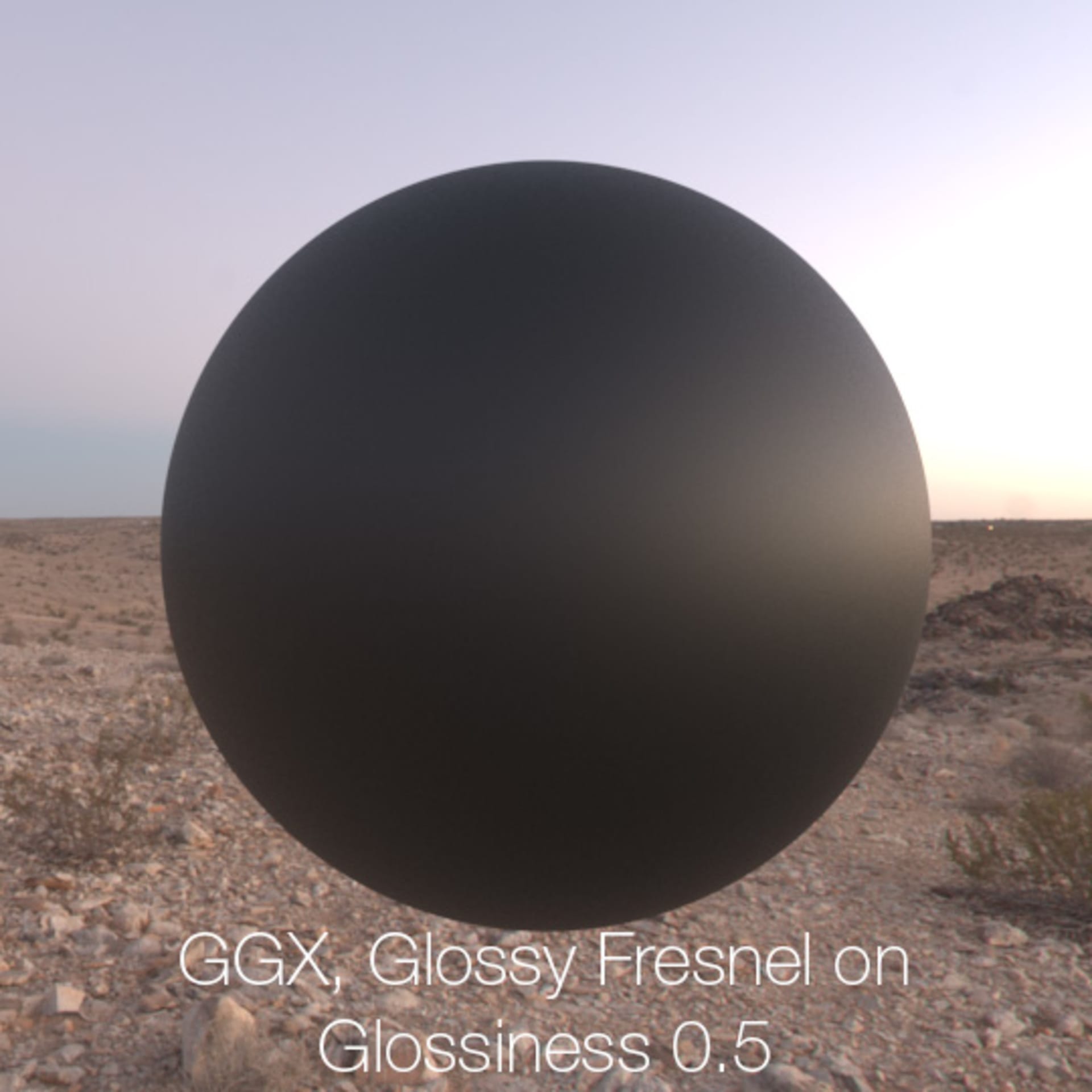 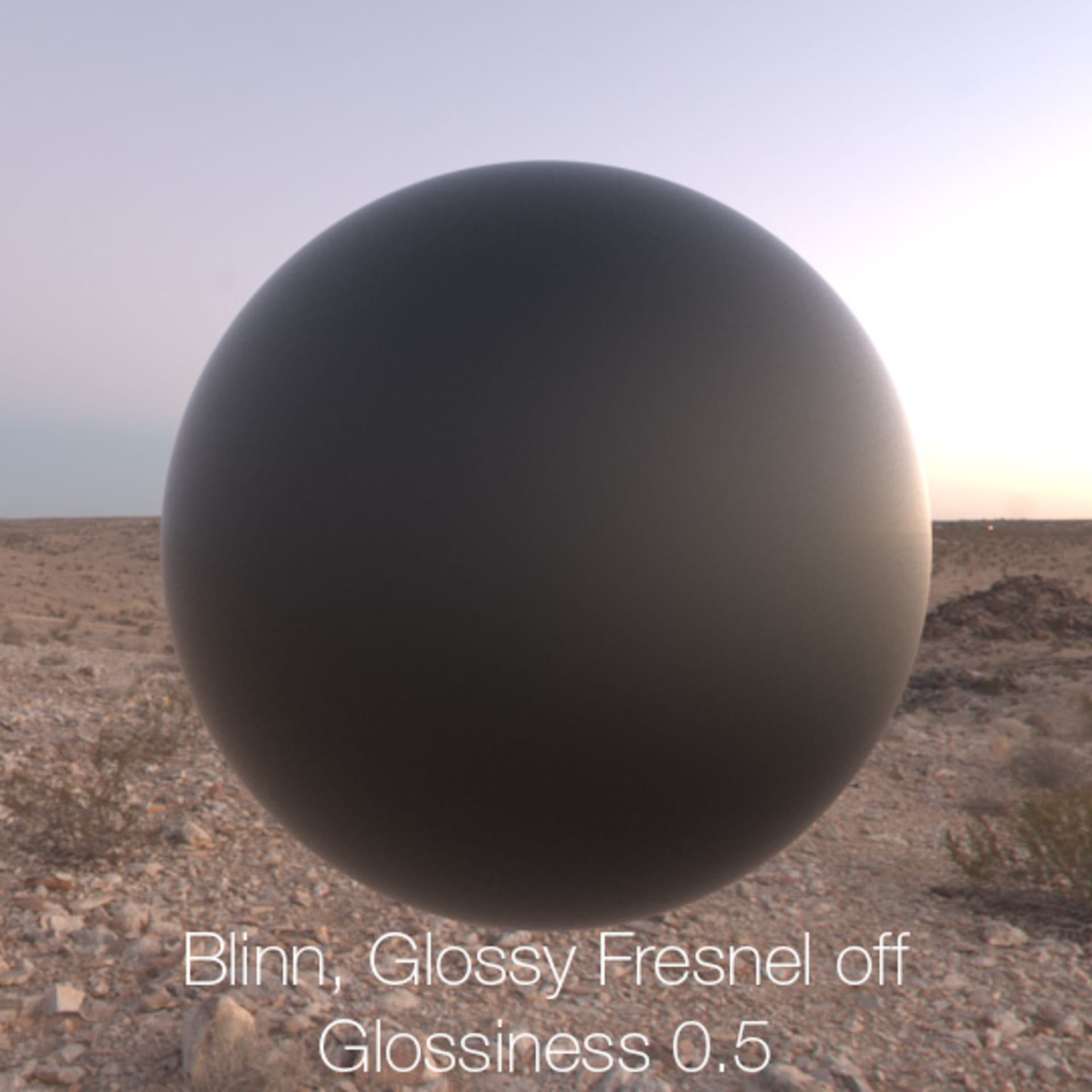 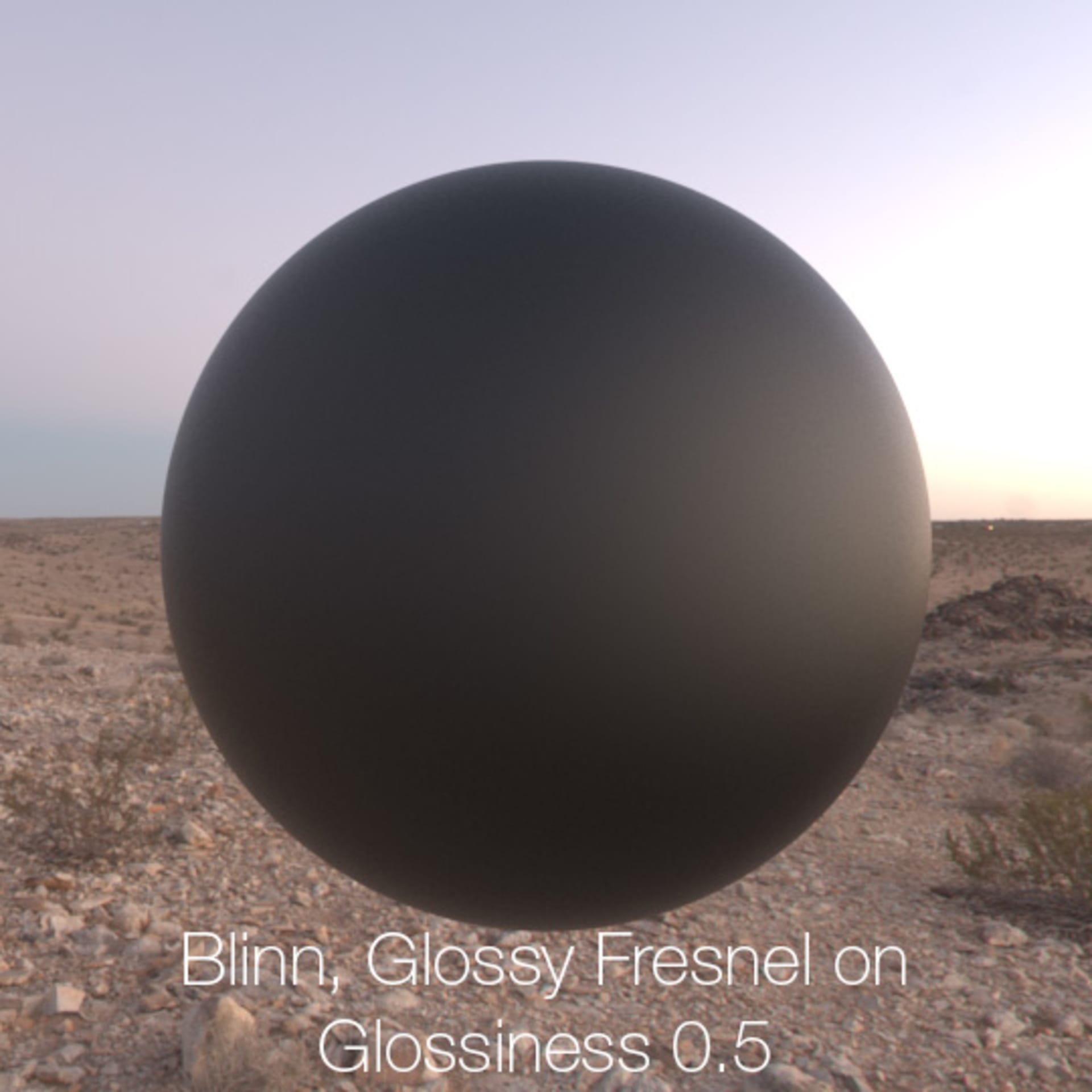 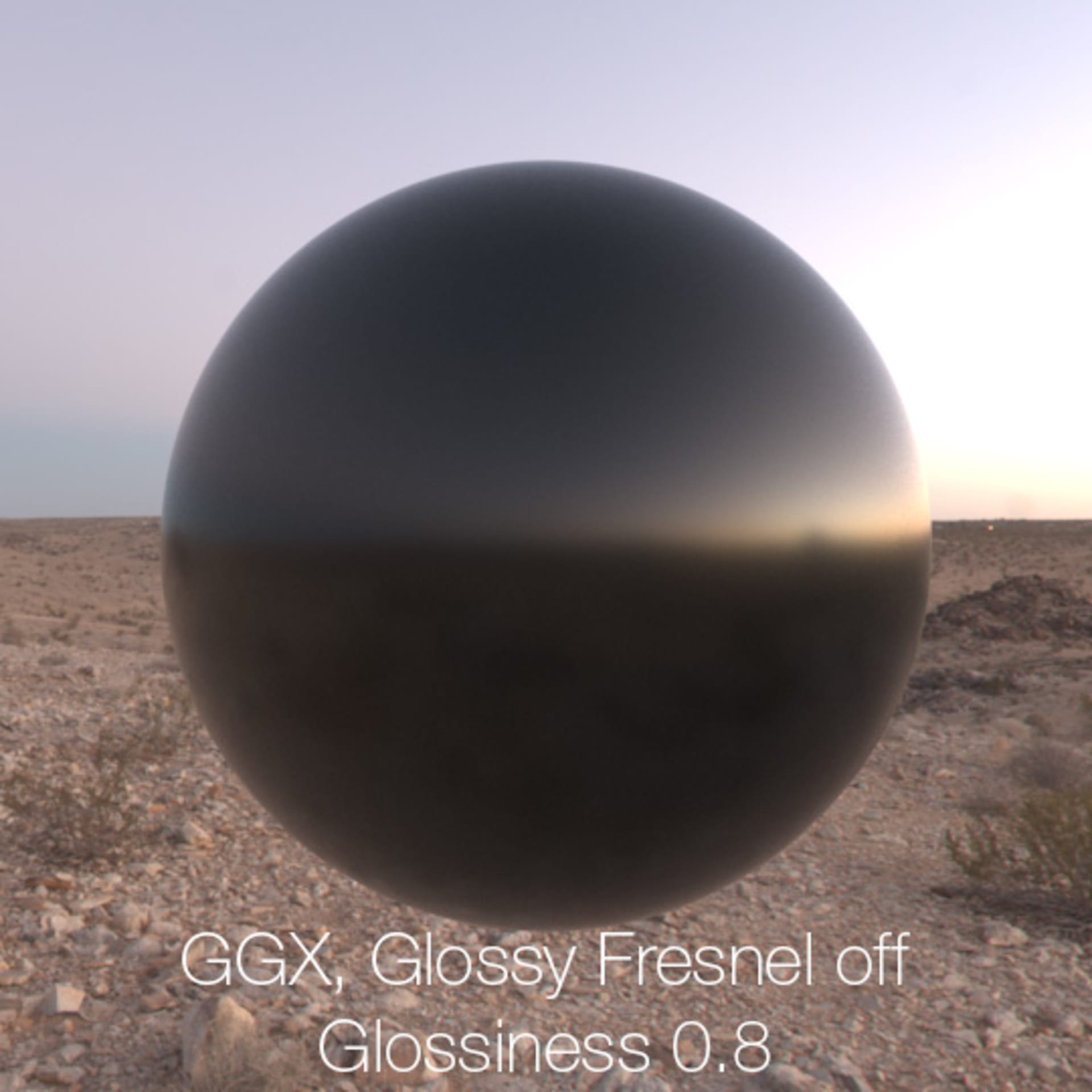 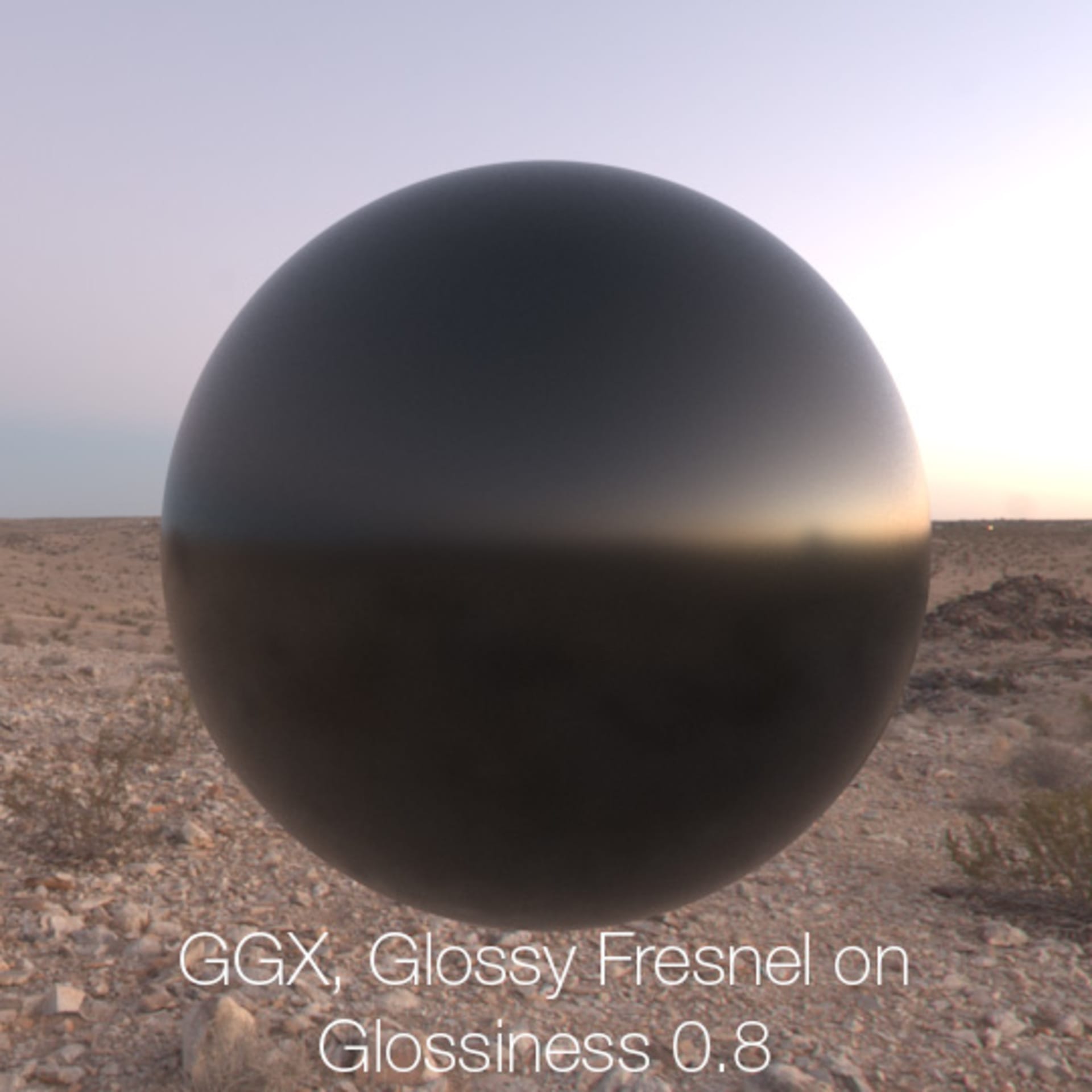 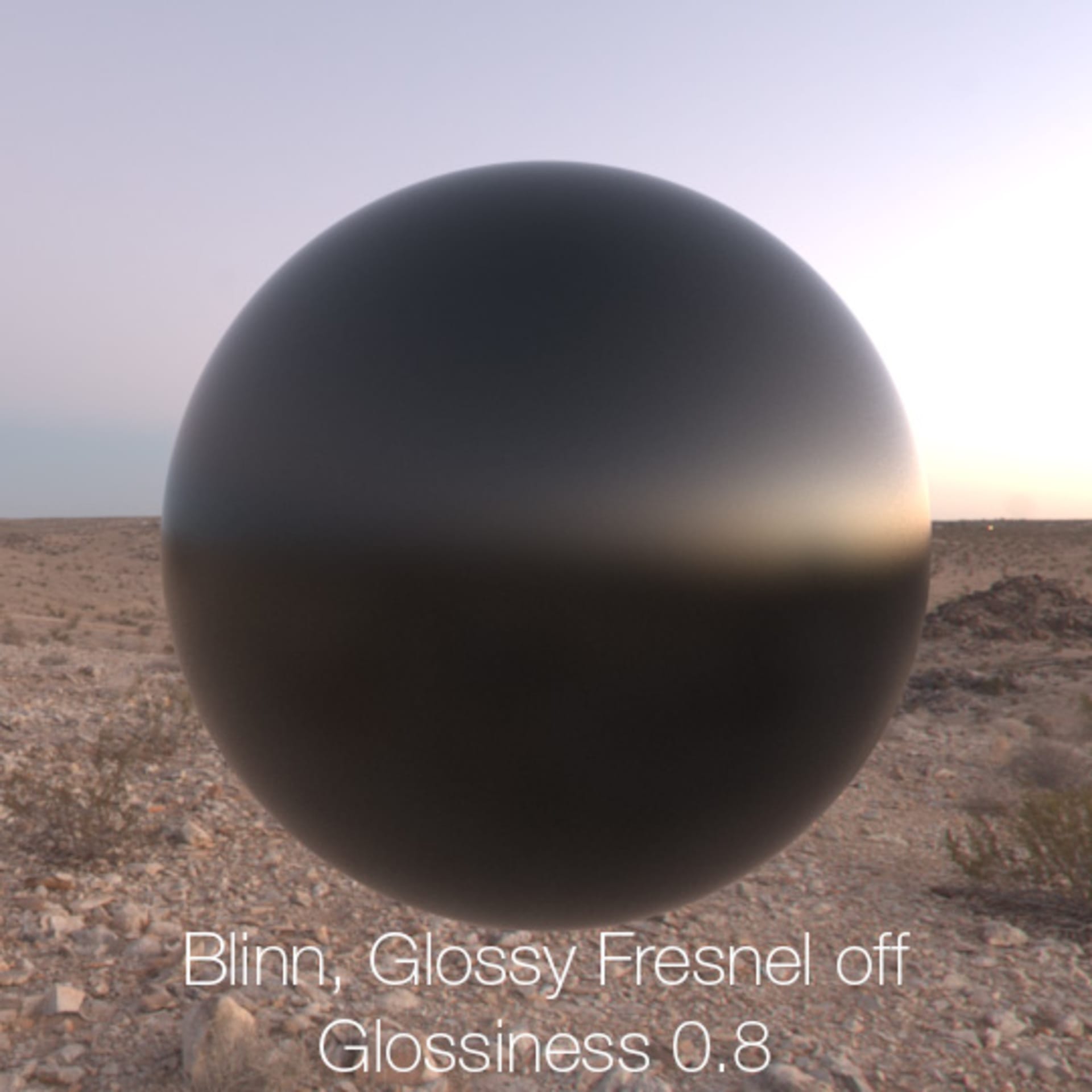 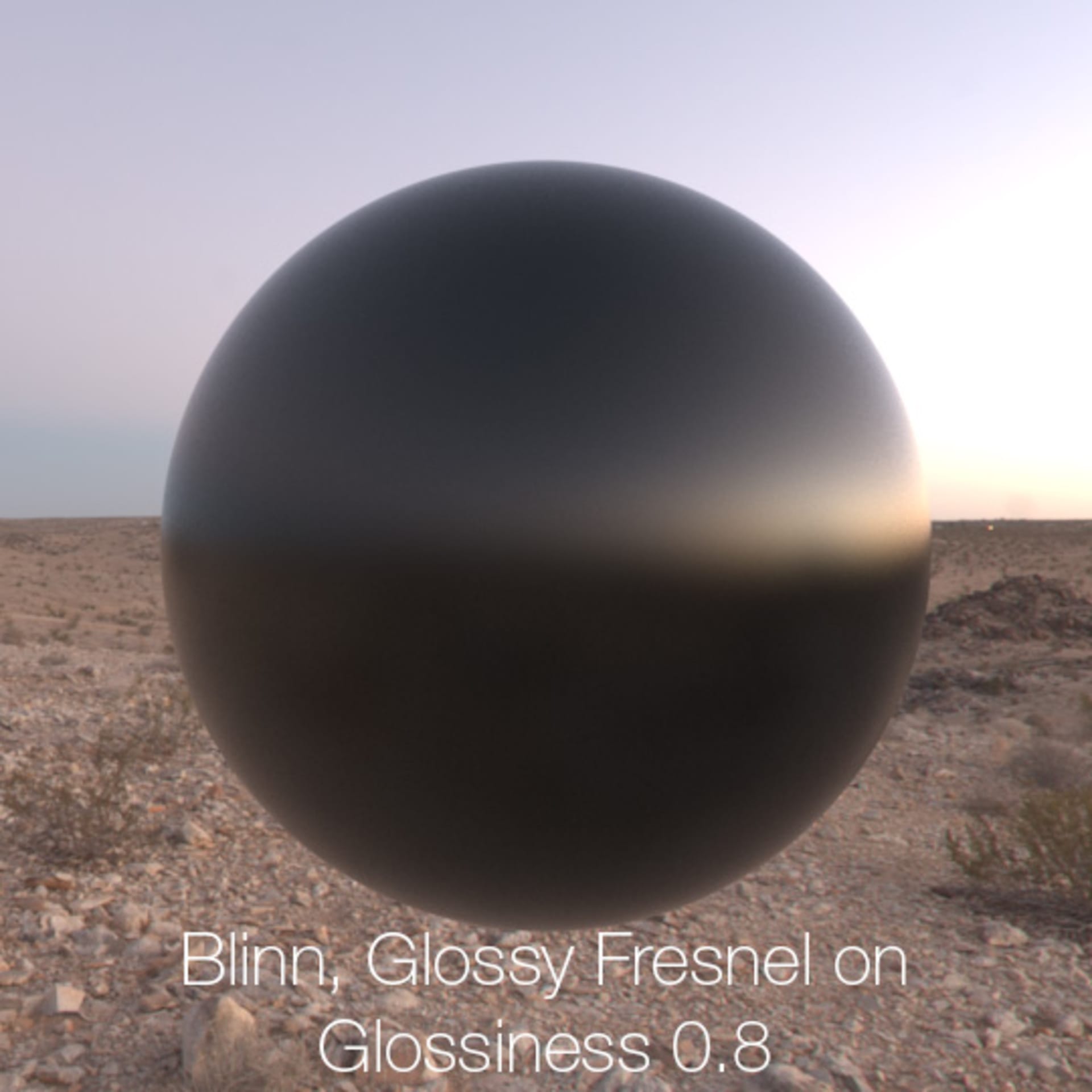 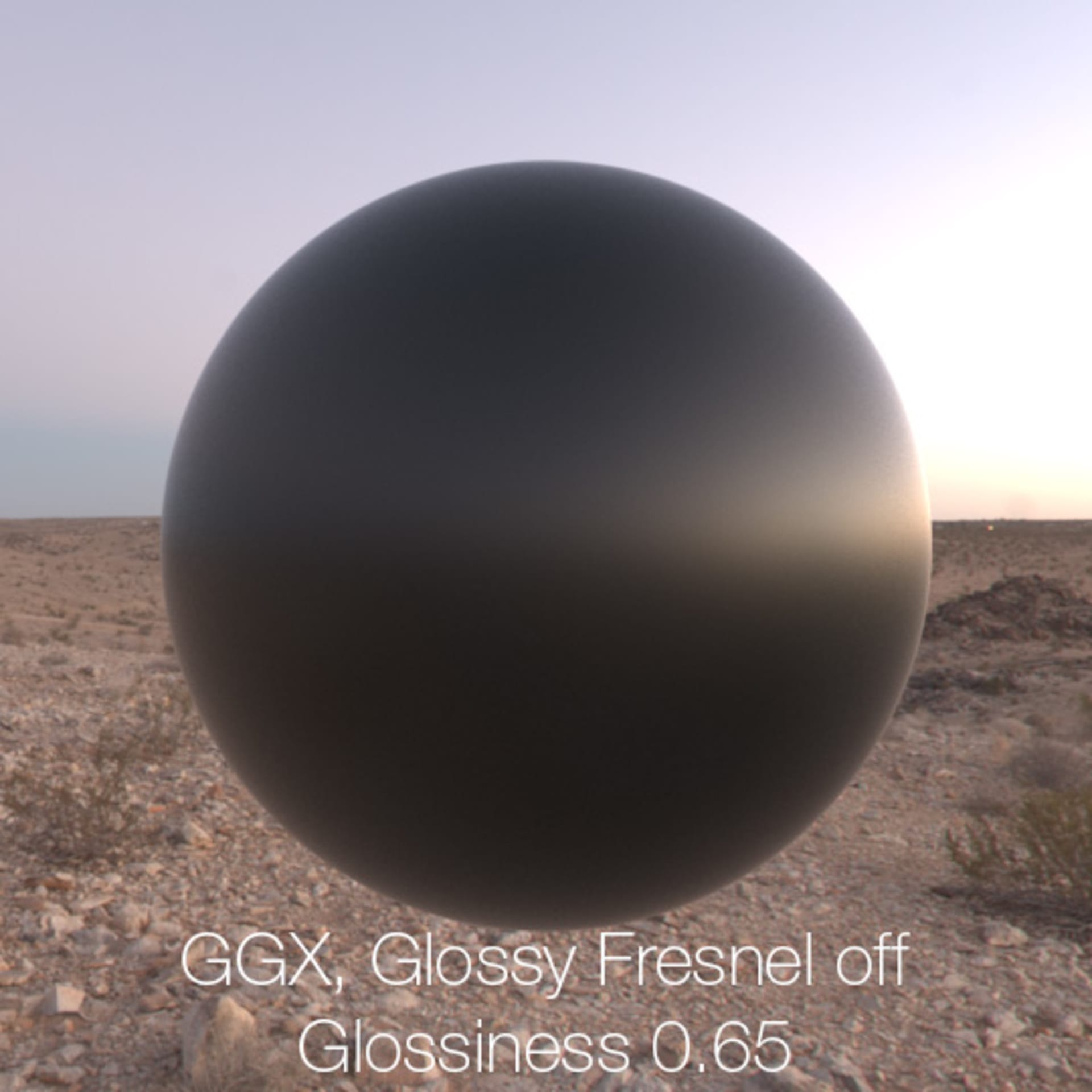 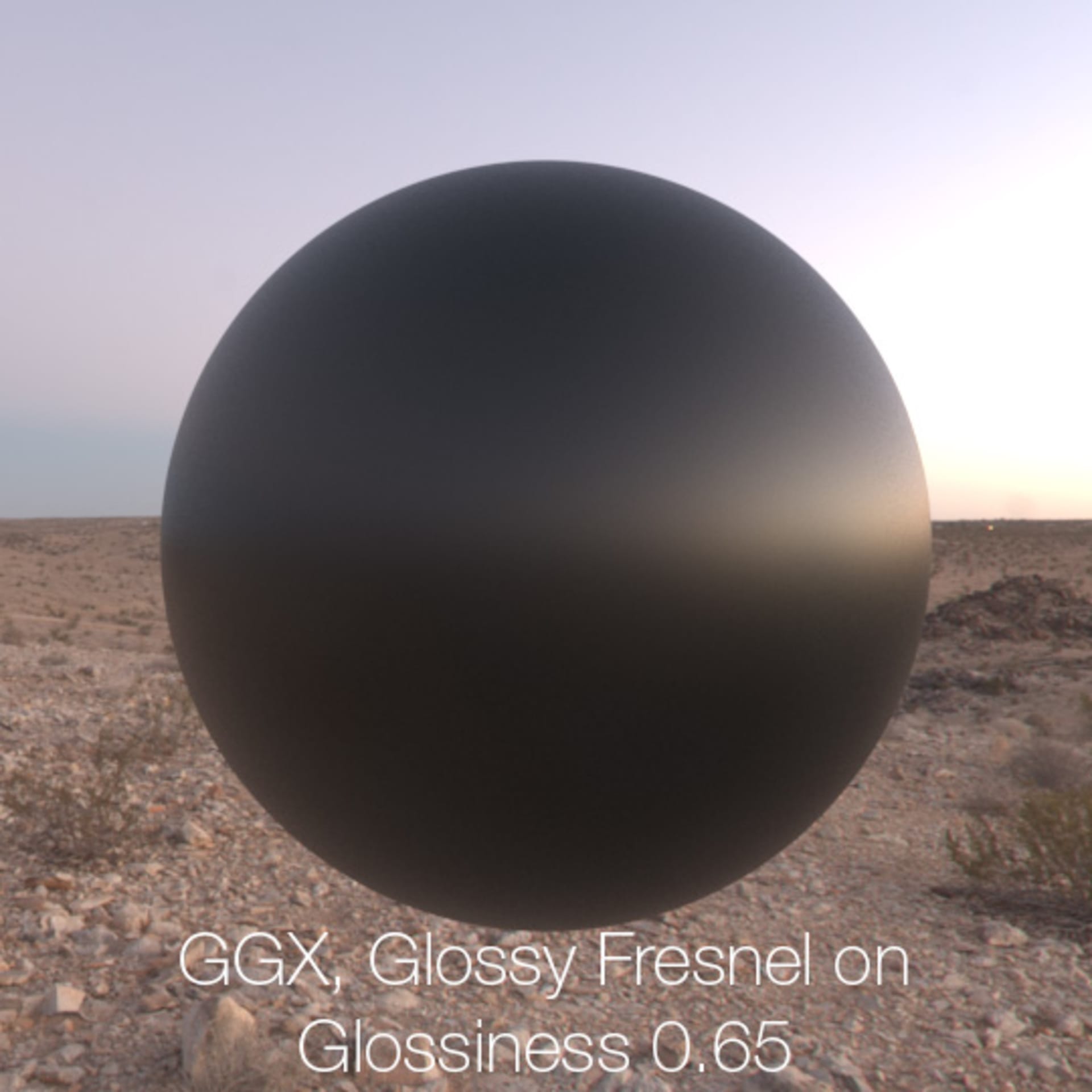 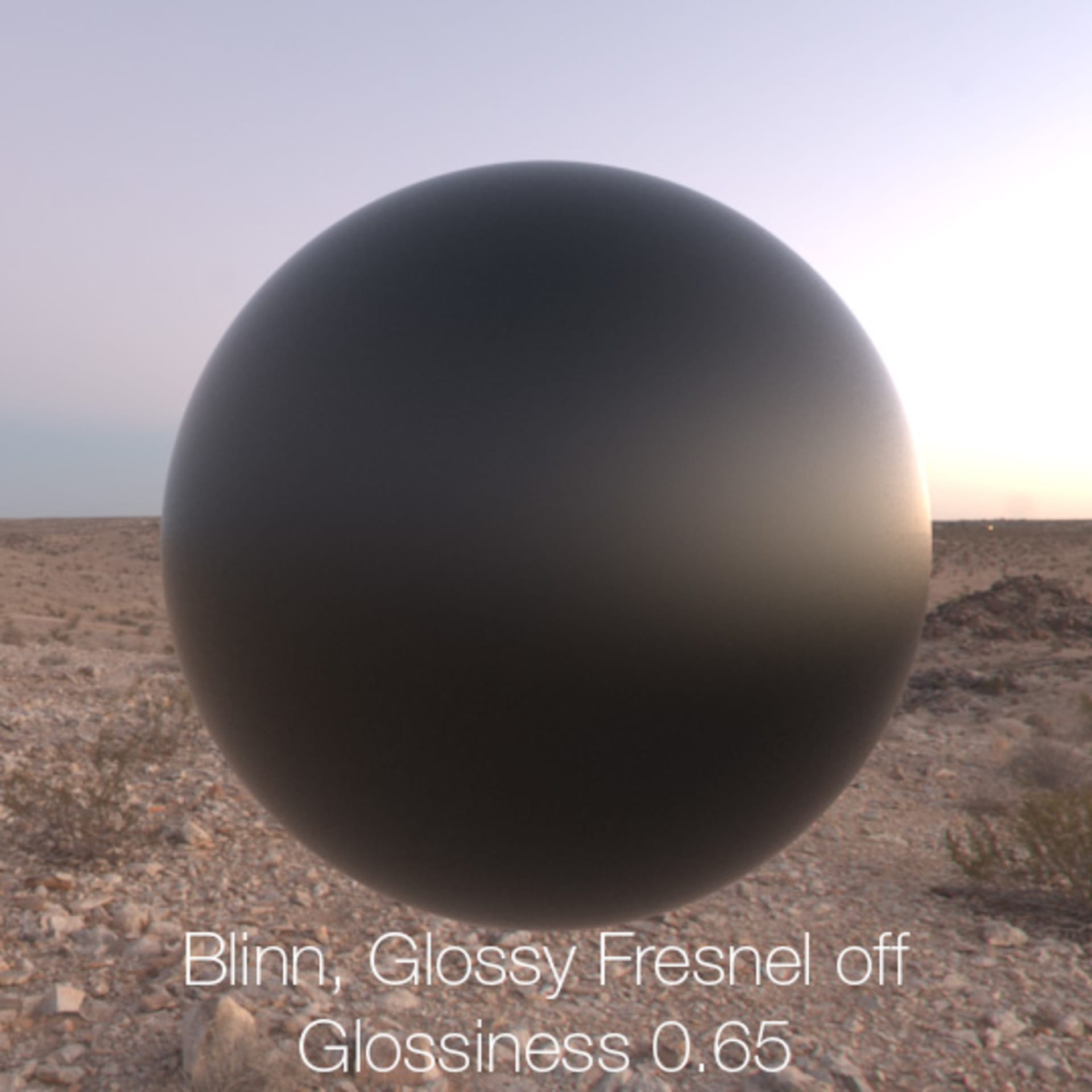 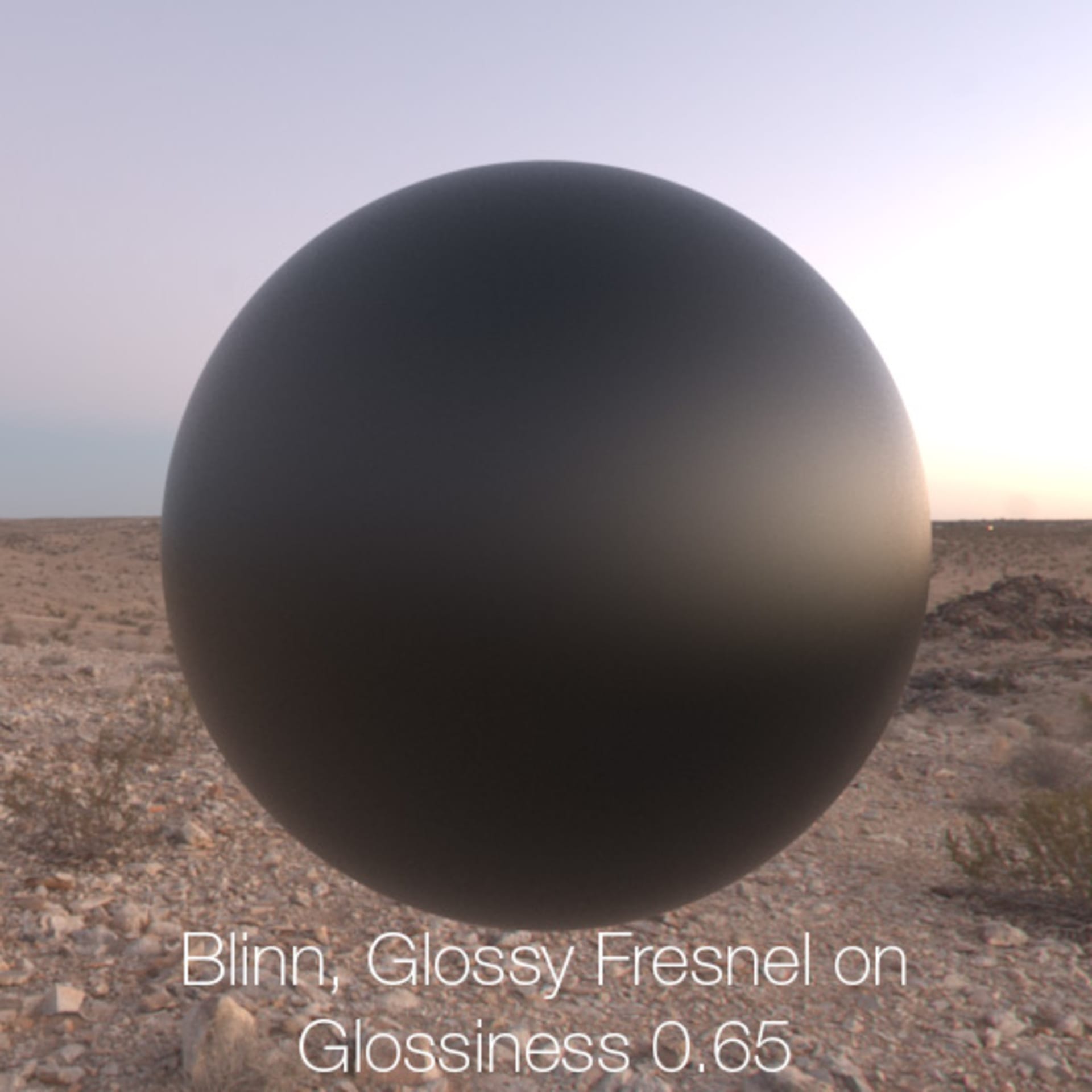 Here is a practical example of the Glossy Fresnel effect turned on and off.

For the most part most people will simply notice that the overall reflection is dimmer. However, because Glossy Fresnel is more physically accurate, it will actually be closer to reality and therefore better overall at matching reference.

Thanks to Fausto De Martini for the model parts. 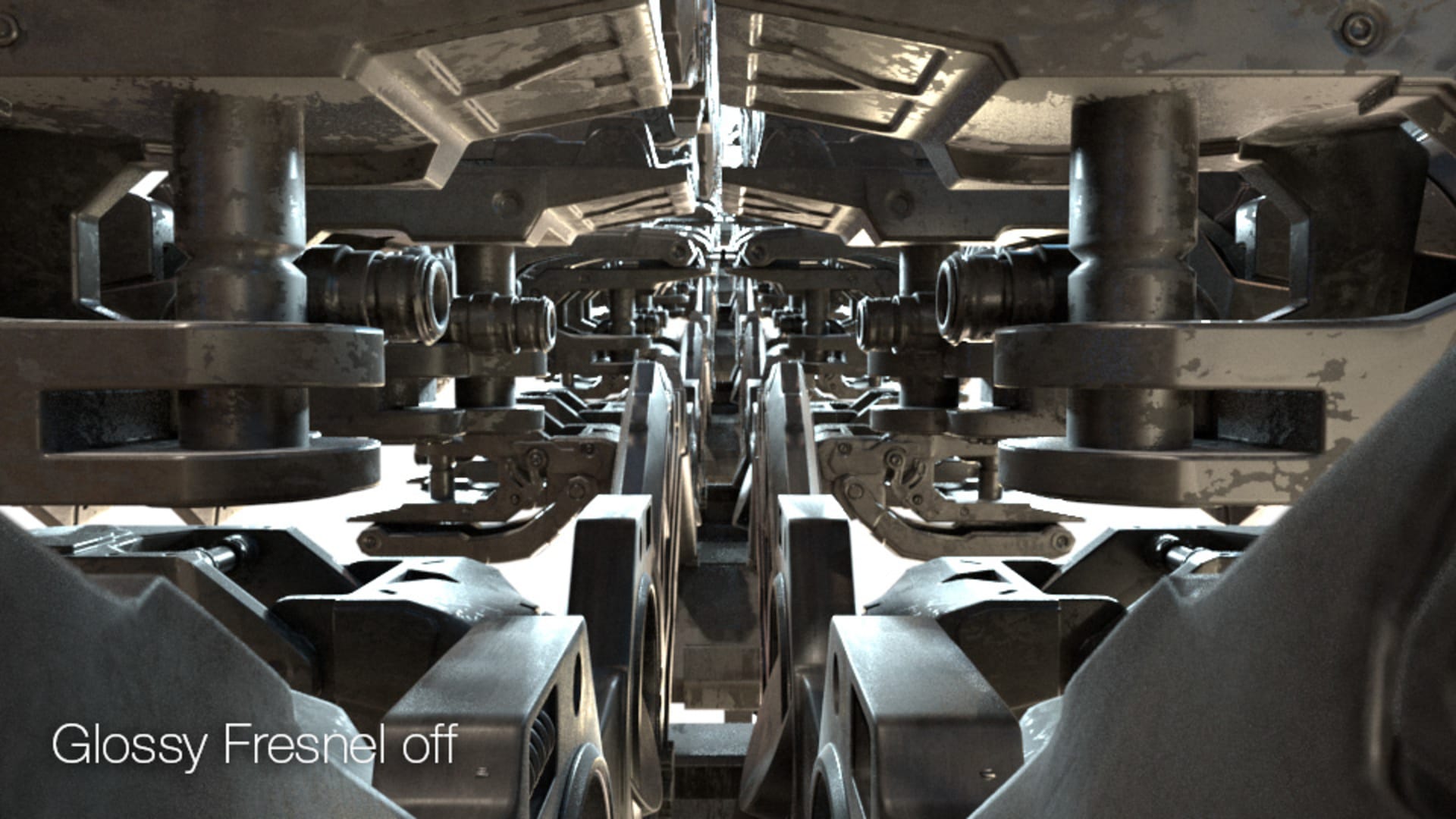 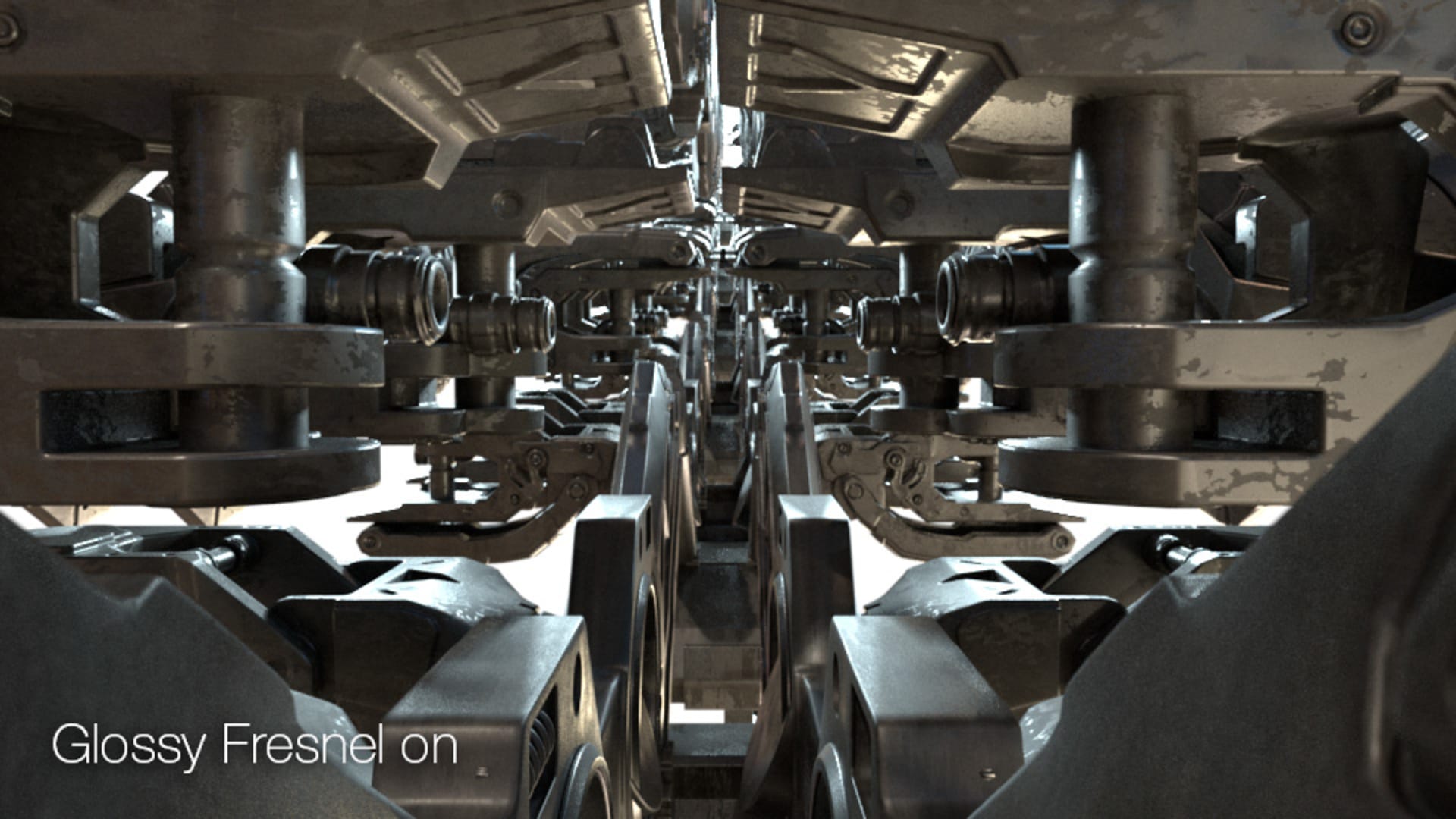 Based on the fact that GGX and glossy Fresnel effect more accurately represent physical materials, the upcoming service packs of V-Ray will default to GGX with Glossy Fresnel on. There will be an option to turn it off if you need to match a legacy shader.