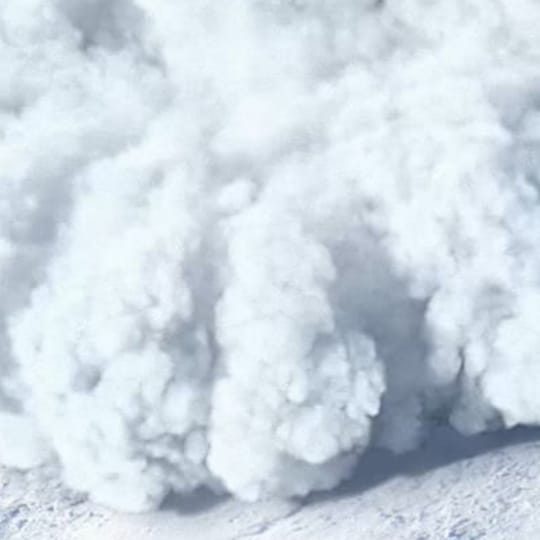 
SIGGRAPH was founded on sharing the very latest in computer graphics, and we continue that spirit by debuting Project Lavina: a brand new, real-time member of the Chaos ray tracing family that we believe will transform everyone’s interactive 3D experience. Lavina* is built to exploit the dedicated ray tracing silicon within NVIDIA’s Turing GPU generation, known as “RT Core,” and together they deliver an “avalanche” of creative possibilities.

*“Lavina” is directly translatable as “avalanche” in Bulgarian.

It was ten years ago that we debuted our first GPU acceleration work at SIGGRAPH 2008 – technology that has gone on to evolve from a fast preview renderer (V-Ray RT) into the fast, full-featured production renderer used by artists and designers around the world: V-Ray GPU. Through this evolution, we confirmed that a single renderer can’t deliver everything – it’s nearly always a tradeoff of speed for features and/or quality. Project Lavina will solve this dilemma by concentrating solely on real-time, allowing V-Ray GPU to focus even more on fast production rendering while still being highly interactive.

These areas of focus will be possible because we are designing Lavina to be an integral part of the Chaos Group ecosystem that leverages all of our established integrations and workflows. Unlike raster graphics, pure ray tracing delivers a consistent progression in quality, so there are no jarring differences with how your scene looks or any additional work to get your scenes into real-time experiences. With Lavina, your original data will soon be real-time, and your current rendering workflows will automatically be able to utilize it – just as soon as Lavina is added to the Chaos rendering solution that you already use.

So, that is where Project Lavina is heading and why it’s going to be a valuable addition to your workflow. At SIGGRAPH 2018, our demonstration reveals Lavina running in a standalone application framework that we use for internal testing. This technology is very new: we were one of the first companies to gain access from Microsoft to their DXR extension to DirectX last spring, and now we are one of the first to have access to early versions of NVIDIA’s latest hardware. What we’re showing this SIGGRAPH is just the start of what we will make possible. But this beginning is already incredibly impressive – take a look:

This video is a screen capture of one of several demos being presented using standard vrscenes exported from 3ds Max and Maya. It has Project Lavina running on a Lenovo ThinkStation P920 workstation with a single Quadro RTX 6000 for its GPU. Everything you see is purely ray traced and runs at real-time frame rates at HD resolution. The materials and lighting are direct conversions from the vrscene, and we’re enabling one bounce of global illumination. You can see that it’s very fast for a ray tracer! But, just as impressive is the scene size, which is … BIG.

One significant benefit of ray tracing is that its speed is minimally impacted as scenes get larger, unlike rasterized graphics. Each tree shown has 2 to 4 million triangles, over 20 different trees, making for about 100 million unique triangles along with the terrain. The forest then has over 80,000 instances, making the rendered scene over 300 billion triangles. All of this is without any culling or swapping, or level of detail – meaning all that geometry is there; all the time. And Lavina will eventually be able to handle much more geometry, as it will also support scenes too large for GPU memory by running “out of core” and using system RAM while maintaining most of its speed.

Questions? Here’s what we can tell you right now:

What is Lavina built on?

Project Lavina is written entirely within DXR, which allows it to run on GPUs from multiple vendors while taking advantage of the RT Core within the upcoming NVIDIA “RTX” class of Turing GPUs. You will notice that there’s no noise or “convergence” happening on the frames, which is thanks to a new, real-time Chaos denoiser written in HLSL that also allows it to run on almost any GPU. With this, we aim to eventually deliver noise-free ray tracing at speeds and resolution suitable for a VR headset with Lavina.

So, how much faster is it?

Lavina is already seeing a big boost from the RT Core on NVIDIA’s Turing GPU. How much of an increase is a little tricky to calculate right now because we don’t have a version that doesn’t use it. But, with some sleuthing, we believe we’re seeing about a doubling of performance beyond what the new GPU generation is already giving us – which is the equivalent of leapfrogging several years in hardware evolution. One thing’s for sure: the performance curve plotted by Moore’s Law just got a vertical stair step added to it, and Chaos is set to exploit it!

When can I get it?

The most common question we hear is: When and where will Project Lavina come to the market? We don’t have an answer to this just yet, only because we’re not yet sure when it will be production-ready – and as you know, our bar for that is always set very high. We intend to make it available wherever a Chaos renderer is – whether it’s V-Ray or Corona. So, time will tell which of our products is the first to bring it to artists.

And what about V-Ray GPU ?

Our findings from Project Lavina are already being applied to V-Ray GPU, and it is being demonstrated at V-Ray days as well. One thing that’s already noticeable is how much quicker the scene interaction is in IPR. V-Ray GPU will also be gaining the out-of-core work being pioneered on Lavina, so super-fast production rendering with minimal memory limits is also on its way.

Remember: what you've just seen is only the first result of our research running on all-new, cutting-edge hardware. We see Lavina as a game-changer, and we’ll be updating our blog when we are closer to release and able to test on released hardware and drivers. What we do know, is that the future of ray tracing looks faster than many ever thought possible - and we can’t wait to share it with you.

If you’re at SIGGRAPH 2018, you can catch Vlado presenting Lavina: 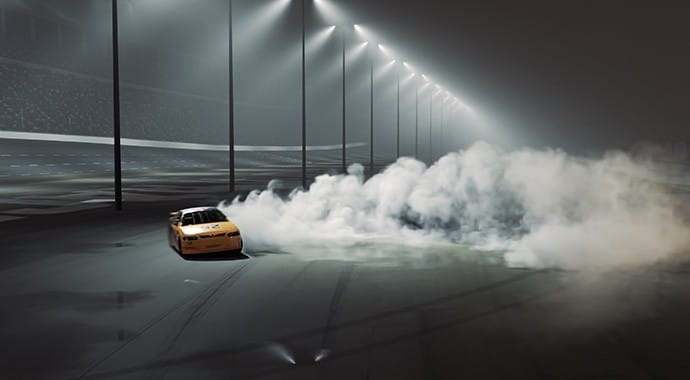 Getting a cinematic look with V-Ray GPU Next & volumetrics 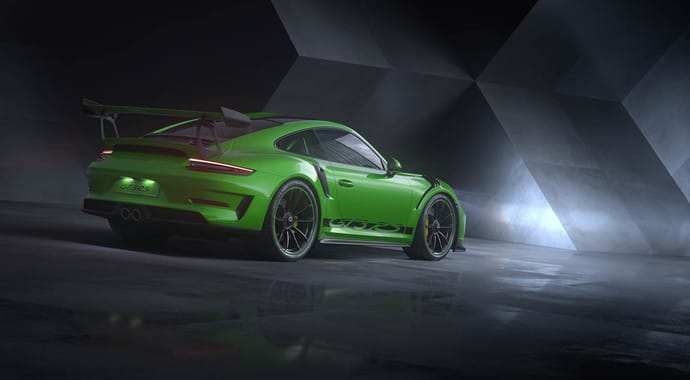 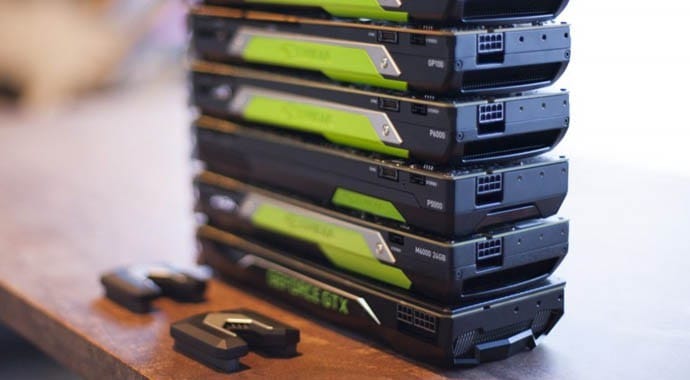