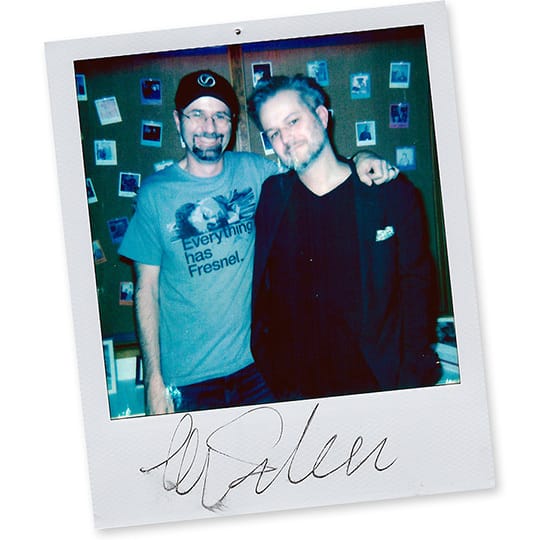 Chris’s guest for this ridiculously entertaining episode is Erick Schiele. Erick and Chris worked together at architectural studio Gensler, and then followed similar career paths into visual effects, with Erick working on “Sky Captain and the World of Tomorrow,” “Stealth,” “2012,” and “Iron Man 2.”

Erick has an incredible array of stories from the worlds of visual effects and the music industry. He tells Chris how he almost incinerated Stephen Stills, chatted to Eric Clapton at a laundromat, and rearranged the Eagles’ Glenn Frey’s Internet Explorer bookmarks—for three days.

There’s some sound advice for creatives here, too, including how to avoid creative burnouts—and how not to make short films. There’s also a surreal but gruesome explanation of what it’s like to have cataract surgery under local anesthetic.