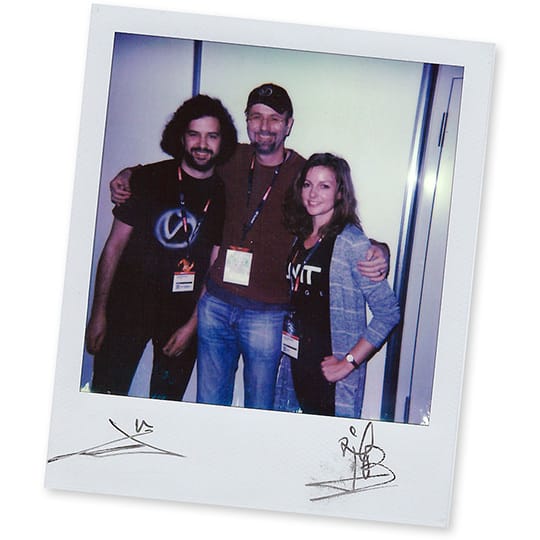 If you’ve seen Chaos Group’s showreel, you’ll be familiar with Unit Image’s work. The Parisian visual effects studio has created entertaining and witty commercials for Peugeot, Cartier, and Canal Plus. As it was founded by gamers, it’s also produced gritty trailers for AAA titles such as The Crew, The Division, and For Honor.

Fresh from their presentation at FMX, Unit Image’s slightly hungover Johanne Beaupied (Business Development and Production Management) and Dorian Marchesin (CG Supervisor) join Chris for this engaging podcast. Johanne’s background lies in games, from playing Doom at age six to working at Ubisoft, which has given her a unique perspective on the industry. Dorian, meanwhile, studied engineering but became drawn in to the world of 3ds Max. His love of cars – and V-Ray – meant that working on some of Unit Image’s productions has been a dream come true.

Johanne and Dorian talk to Chris about how they get lose themselves in game universes both professionally and in their spare time, Unit Image’s Scan Engine tech, and the French film industry.